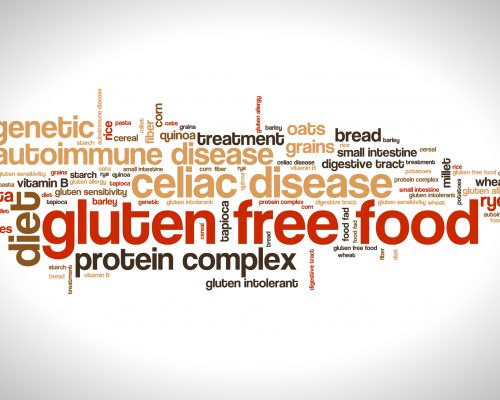 Celiac disease is linked to major depressive disorder and anxiety in adolescents. Jonathon Cordova, pediatric gastroenterologist at the University of Chicago Medical Center, said in a presentation, “Our interim analysis does suggest that a majority of adolescents living with celiac disease may have symptoms consistent with major depressive disorder. The quality of life is affected by depression in a negative manner, but does not appear to be associated with their celiac disease state.”

Previous studies have found links between celiac disease and major depressive disorder and anxiety, but these studies were often conducted with adults. This is the first study to look at the impact of celiac disease on adolescents’ mental health.

The researchers administered questionnaires to adolescents and their parents. Average age of celiac disease diagnosis was 11.2 years, and average age of participants was 14.6 years.

The researchers did not find any correlation between celiac disease and depression, anxiety, ADHD, age at survey, age at diagnosis, or length of time on a gluten-free diet. However, the majority of adolescents and parent reports screened positive for major depressive disorder. Additionally, parents’ perception of celiac disease was associated with their perception of depression in their child.

Cordova concluded, “This data suggests that early screening for depression in any adolescent with celiac disease is crucial to help optimize behavioral health. Ultimately, we plan to follow these patients longitudinally into young adulthood with the aim to rescreen them again in five years.”

What can cause depression in celiac disease?

Celiac disease affects the digestive system and is generally a manageable condition if gluten is eliminated from one’s diet. Some studies have shown a connection between brain functions and malabsorption. When more substances can pass through the gut into the bloodstream due to intestine damage, some of these substances can affect the brain.

The risk of developing depression with celiac disease is 1.8 times higher in celiac sufferers than in those without the disease. It has been suggested that going strictly gluten-free can help alleviate depressive symptoms.

Depression can also occur in celiac disease due to negative impact of illness on a person’s quality of life. Trying to find foods that do not contain gluten adds stress to the daily living.


Link between celiac disease and anxiety

Celiac disease can cause anxiety in many patients as it can be a very stressful condition to live with. Celiac patients always need to be mindful of what they are eating. Symptom flare-ups can occur at any time, even when a person believes they have not consumed any gluten. The constant fear and stress of avoiding gluten as a means to manage symptoms can then contribute to anxiety.

Anxiety can appear in celiac patients even prior to their diagnosis as they are living in pain and distress without knowing what is wrong with them. Oftentimes, this anxiety can decrease once a diagnosis has been made, because patients then begin to understand what is causing their symptoms and learn what they can do to reduce them.

Anxiety is primarily linked to disease management, so properly adjusting to a new eating routine can further help reduce it. Finding proper coping mechanisms can help relieve stress and anxiety.