Celiac disease is intolerance to gluten and so when a person consumes gluten it creates an immune response which contributes to inflammation along with other symptoms. In Crohn’s disease is a disease which can occur at any part of the digestive system – from the mouth to the anus. Another autoimmune disease, an immune response is triggered which contributes to painful and uncomfortable symptoms.

Proper diagnosis is key in order to properly manage either condition and reduce flare-ups and live a normal life. 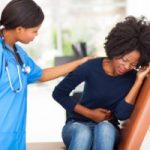 Previous research found that celiac disease and Crohn’s disease share part of their genetic background. Researchers combined meta-analysis of genome-wide data for both diseases where they found shared risk loci.

It has been revealed that celiac patients are at a higher risk for Crohn’s disease which reveals that they may share some genetic background.

Although the researcher’s uncovered shared genetic backgrounds for both diseases further research is still required to understand fully the exact mechanisms behind both diseases. 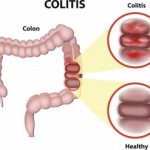 Genetically and symptomatically both Crohn’s disease and celiac disease have much in common, but it’s important to note that there are very important differences between the two as well.

In order to better distinguish between Crohn’s disease and celiac disease your doctor may perform a blood test which will reveal different results. Furthermore, your doctor will alter your diet. They may take you off gluten for quite some time to see how you react and to note if symptoms worsen or get better.

Both diseases involve either endoscopy or colonoscopy in order to conduct a biopsy and check for inflammation. A biopsy – a piece of tissue taken from the stomach, intestines or colon – will help doctors make a clearer diagnosis because both diseases look different under a microscope.

Treatment, too, is quite different between both diseases. To treat Crohn’s disease drug therapy, diet changes and surgery are effective treatment methods where as in celiac disease a strict no-gluten diet is the best form of treatment.

In both cases, though, they are life-long diseases which require constant attention and management. Knowing what to eat and what not to eat can help ease both diseases. As long as you are vigilant in your care you will have greater success in managing both diseases.