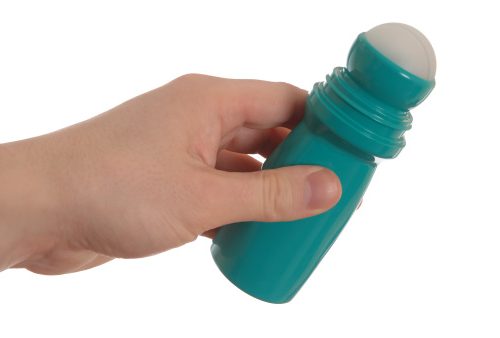 Controlling body odor is considered as one of the most important health tips because it reflects the capacity of an individual to maintain cleanliness.  Body odor may also indicate the presence of a medical condition that decreases a person’s ability to control physiologic activities that emit a body smell.  General health tips on living a healthy lifestyle often include eating nutritious meals, engaging in physical exercise, and getting enough hours of sleep each night, all of which contribute to a healthy body and possibly, a lower chance of developing diseases that are often associated with a specific body odor.

According to a recent medical report published in the International Journal of Cosmetic Science, body odor is mainly produced by the body’s sweat glands, which are the tiny receptacles that are found right below each hair shaft in the skin.  These receptacles serve as the reservoir for secretions of the body, as well as niches for bacteria that commonly thrive on the skin.  The reaction between the molecules secreted by the body and the bacteria thus generates a chemical end product that produces a specific body odor.

The medical report provides a very interesting approach in explaining how body odor is produced.  The article discusses that the human body produces different types of acids, depending on the kind of food consumed on a daily basis, as well as the type of physical activity that a person engages in.  We often think that the sweat produced by our skin is simply made of water and salts.  However, the medical report discusses that there are at least three types of molecules present in human sweat.

The most common product present in human sweat consists of the hydroxy acids, which are acidic, long carbon chains to which shorter carbon groups attach.  In addition, there are also unsaturated branched acids that are even longer than the hydroxy acids.  Short chains of amino acids may also be produced by sweat glands, which are generally artifacts of polypeptide chains derived from proteins in the body.  The reaction of each type of acid with a specific bacterial strain thus results in the generation of a particular body odor.

RELATED READING:  Avoid the 7 Danger Signs of a Toxic Liver

The medical report also identified that the destruction of sulphanylalkaloids, which are a type of hydroxy acids, by bacterial enzymes in the sweat glands often produces the worst body odor in the human body.  This particular hydroxy acid is strongly associated with the consumption of spicy food items, which are commonly observed in Asian countries.  However, it is also important to understand that this specific body odor may also be produced when an individual refrains from performing regular hygiene, such as regularly taking a shower.  It is also possible that the immune system of the body has adapted to the presence of bacteria in the skin, thus allowing these microbes to thrive for long periods of time.  The regular production of hydroxy acids by the skin may thus result in the same malodor that is often observed among specific nationalities.

The mechanism behind the production of body odor presented by the medical report is quite interesting because it allows readers to better understand how the body, including its immune system, produces secretions that emit a certain smell.  This information may also be included in the list of common health tips given to the general public.  It is also helpful to understand that certain bacterial strains thrive in the skin and thus taking regular baths to decrease the chances of generating body odor should always be identified as one of the essential health tips.  The immune system also plays a role in controlling further proliferation of bacteria in the skin, which may also be enhanced by consuming healthy food items such as fruits and vegetables.  These natural food items contain antibacterial compounds that may help decrease the chances of bacteria from further invading the body and triggering a reaction from the immune system.