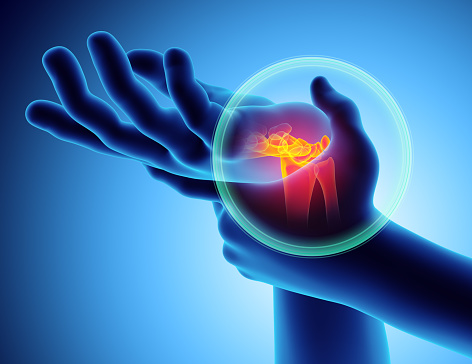 There are a number of potential causes of migratory arthritis. This type of arthritis has no age limitation; it can impact anyone at any age. It has even been diagnosed in children.

Let’s look at the many causes of migratory arthritis:

This happens when an ailment like strep throat or scarlet fever is not treated properly. Rheumatic fever has been known to lead to inflammation in the joints and it can cause pain and swelling that move from one joint to another. Strep throat is common in the United States among all age groups, while scarlet fever is a bacterial infection affecting children.

A chronic inflammatory condition that can impact the joints and various body systems, including the skin, eyes, lungs, heart, and blood vessels. This type of arthritis can lead to bone erosion and joint deformity. In severe cases, it can cause physical disabilities. In many instances, it leads to migrating arthritis.

This is caused by an infection in the joint. Some experts refer to it as, “septic arthritis.” Bacteria can enter the body through an injury, such as a cut or wound that then may impact the joints. Since the infection can spread from one joint to another, it can lead to migrating arthritis.

Caused by gonorrhea infection, this form of arthritis can affect the joints and the skin. Many people who have gonococcal arthritis also have skin rashes. Gonorrhea is a common STI, especially among teenagers and young adults. According to the Centers for Disease Control and Prevention, over 800,000 new infections are reported in the United States every year.

This is the most common form of lupus, an autoimmune disease that occurs when the immune system attacks the body. One of the problems with it is that it can lead to pain and swelling that travels from one joint to another. At least 1.5 million Americans are living with lupus; however, the Lupus Foundation of America suggests that many more people have the autoimmune disease but go undiagnosed.

A rare, chronic disorder that is characterized by inflammation of the cartilage and various tissues of the body. This includes the ears, nose, spine, windpipe, and joints. In some situations, the eyes, ear, and blood vessels can also be affected because they have a biochemical makeup that is similar to cartilage. The joint inflammation and degeneration that comes with polychondritis can lead to migrating arthritis.

There are some other causes that can be linked to migratory arthritis, including the following:

A chronic inflammatory bowel disease that can impact larger joints like the knee and elbow.

Acquired Immune Deficiency Syndrome is a virus that completely destroys the immune system and makes the body more prone to diseases. AIDS can lead to pain that may move from one joint to another.

Both hep B and C can impact joint health and some sufferers have been known to experience symptoms similar to migrating arthritis.

This is a disease that can impact the lungs, lymph nodes, or skin. In cases of sarcoidosis, inflammation causes lumps to form in the body’s tissues. Sadly, these lumps can impact organ function as they grow. This disease can also impact the joints.

This is an infectious disease that comes from a bacterium that can live inside deer ticks but spread to humans when they are bitten by an infected tick. Lyme disease causes multiple health problems, including joint pain. It can lead to chronic arthritis.

An inflammation of the inner lining of the heart can occur when germs enter the heart. Chronic infectious endocarditis may be linked to joint pain, including migratory arthritis.

This is a rare condition that leads to nutrient malabsorption. It comes from being infected with specific bacteria. Joint pain is an early symptom of Whipple’s disease.

As mentioned earlier, it is common for migratory arthritis symptoms to subside in one joint and then start in another. This movement usually follows an up-to-down direction on its way through the body. Below is a list of some of the typical symptoms that come with migratory arthritis.

Diagnosis and treatment of migratory arthritis

Pain is often the first sign that something isn’t right with our body. Pain in a joint can lead people to suspect arthritis, especially because most of us know someone who has been diagnosed with some form of the ailment. When the pain stops and then shows up somewhere else, it can be startling. Keep in mind that people can confuse migratory arthritis with other health conditions that lead to widespread pain.

A proper diagnosis requires medical expertise; however, if you notice redness from visibly swollen joints, rashes, fever, or weight changes, it could be migratory arthritis. Often blood tests can help with the diagnosis, especially if the tests show RA and ANA positive results. An RA blood test can help to confirm rheumatoid arthritis and ANA or antinuclear antibody tests measure whether or not your body’s immune system is attacking itself. Since RA is an autoimmune disease, many people with RA have positive ANA tests. In many cases, the diagnosis of migratory arthritis is made after a doctor rules out other diseases and other forms of inflammatory joint pain.

Medications are commonly suggested for migratory arthritis treatment. Unfortunately, there is no known cure at this point. Inflammatory medications, as well as medications that are analgesic (pain relieving), are used to address symptoms. Acetaminophen, ibuprofen, and naproxen are examples. These medications can have side effects.

There are other treatment approaches, including changes to diet and exercise routines. Some people have found that supplements like omega-3 oils and chondroitin glucosamine can be helpful when it comes to general joint health. Some suggest these supplements allow them to better cope with the pain of migratory arthritis. Physiotherapy exercises as well as walking and swimming for about 30 minutes can help reduce flare-ups. In many cases, treating the underlying condition can improve symptoms.

Diet can have a big impact on symptoms of migratory arthritis as well as other forms of arthritis. If you are ever diagnosed with arthritis, you might want to consider avoiding foods that can increase inflammation. Sugar, saturated fats, refined carbohydrates, and the food additive MSG are some examples of inflammation-inducing foods.

Migrating arthritis is not easy to live with; however, taking steps like exercising, eating right, and maintaining open communication with your healthcare provider can bring you relief and in many cases, can prevent the physical pain from triggering depression.

How to treat elbow arthritis: Causes, symptoms, exercises, and prevention