Home » Colon And Digestive » What causes antral gastritis and how to treat it? 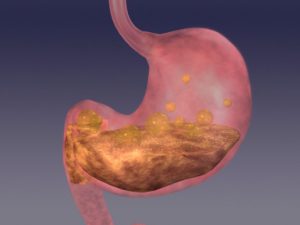 Antral gastritis can cause excessive discomfort in the gastrointestinal tract of those affected. It is considered an autoimmune disorder, meaning your body’s immune system attacks healthy cells, causing the symptoms. While most types of gastritis occur throughout the entire gastric mucosa, antral gastritis affects only one region of the stomach.

There are two different forms of antral gastritis:

Antral superficial gastritis. Also known as catarrhal or simple gastritis. This form is rarely noticed and only affects the upper layers of the mucous membrane of the stomach. Discomfort may be experienced in the epigastric region after eating.

Antral erosive gastritis. Characterized by scars and lesions, this form is considered difficult to treat. It is estimated that about 85 percent of patients can sometimes be infected by ulcer-causing bacteria called Helicobacter pylori.

The presentation of gastritis—inflammation of the stomach lining—can be due to various causes. Infections, physical stress, and even the use of certain medications may be the culprit. Commonly used medications to treat pain and fever called NSAIDs (non-steroidal anti-inflammatory drugs) are among the most common causes of gastritis. Chronic use of the medication may cause the cells maintaining the mucosal layer of the stomach to stop working, leading to gastric acid damage on the stomach lining. The following are other causes of gastritis pain:

The primary mode of symptom formation is the development of inflammation in the antrum—the lower portion of the stomach. This region is responsible for releasing the contents of the stomach into the small intestine. The following symptoms may be experienced:

Indigestion. Considered one of the most common symptoms of antral gastritis, as it affects the process of digestion as well as emptying food into the intestines. One may also feel a burning sensation in the upper abdomen.

Nausea. Often accompanying indigestion, nausea occurs as a result of any sort inflammation that develops within the lining of the stomach. It may range from mild to severe, triggering vomiting in some cases. A loss of appetite is an inevitable consequence.

Gas. Because of the location of the inflammation, the processes of emptying food into the intestine becomes affected. As a result, partially undigested food passes into the intestines. Once there, food contents may begin fermenting for extended periods of time, leading to bloating and flatulence. Excess gas may also build up within the stomach, leading to burping.

Discomfort. Partly due to excess gas accumulation, but also because of the inflammatory processes that may cause pain felt while eating.

Stool changes. Stool may become dark or tarry, but this is a seldom occurrence as it is an indication of bleeding in the gastrointestinal tract. Medical attention is needed right away if this is observed.

As mentioned, there are numerous causes of antral gastritis, all having specific treatments associated with them. If discomfort is due to chronic NSAID use, simply discontinuing the medication will relieve symptoms. Gastritis pain due to infection can be remedied by antibiotics targeting the specific causative bacteria.

If your doctor is unsure about what is the exact cause of antral gastritis in your particular case, the symptoms are commonly treated with antacids. This medication can be purchased over the counter and works very well. However, if left untreated, antral gastritis may lead to progressive damage of the stomach lining and potentially create conditions for bacteria to proliferate, resulting in further complication.

If you are experiencing mild forms of gastritis discomfort, you can try some home remedies:

Diet can play in important role in the manifestation of symptoms associated with any type of gastric pain, and following a gastric-specific diet is advisable to help better manage symptoms. Consuming smaller meals five to six times a day can help control gastric acid production. It is advisable to eat liquid or mushy food such as soups if experiencing acute gastric pain, as it will be easier on your stomach. Avoiding foods that may trigger gastric pain is just as important.

The following are examples of well-known foods to eat and foods to avoid in case of gastritis:

Related: Bowel movements: How often should you poop?