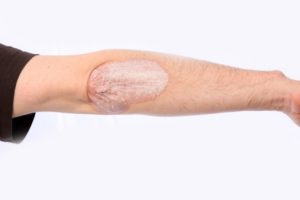 Our skin is very important to us. It’s the first thing people see and it is often indicative of our health. It’s not only soft and supple, but also acts as our first line of defense against the outside world. Some people are plagued with skin problems, however, psoriasis being one of the more unique and difficult to manage. According to a new study, it seems to occur more commonly in men, which goes against what was previous thought about the condition.

Psoriasis is a common skin disorder that affects the life cycle of skin cells. It results in cells building up rapidly on the surface, giving it the appearance of being thick, having silvery scales, and being excessively dry with red patches. It can also cause agonizing pain to those affected. Psoriasis is considered a chronic autoimmune disorder, which means the body’s own immune system is attacking itself, and in this case, it’s attacking the skin cells. There are many different types of psoriasis, and here is a list of some of the more common ones:

Autoimmune disorders usually have a predilection towards women, and the most common are systemic lupus erythematosus (SLE), rheumatoid arthritis, and multiple sclerosis, all seen more frequently in the female population. We don’t know exactly why this is, but according to a new study, this isn’t the case for psoriasis.

Researchers compiled and reviewed data from more than 5,400 people in Sweden with the common skin disease and found that women had a significantly lower rate of severe psoriasis than men. This finding held true for all age groups and for all parts of the body, with the exception of the head.

This additional information on one of the most common skin disorders that plague men and women can help with management of severe psoriasis and its comorbidities.