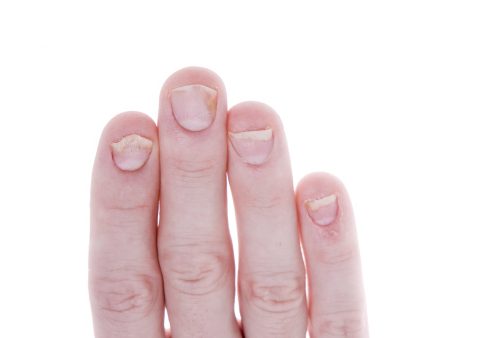 Patients with blood spots under the nails known as splinter hemorrhages were found to have a higher number of swollen joints, compared to those with other nail psoriasis symptoms. The type of symptoms a patient had gave insight into what was happening with the joints. Researchers found that those patients with nail crumbling, separation of the nail from the skin under the nail, and a buildup of keratin under the nail were more likely to have a swollen or tender distal interphalangeal (DIP) joint on the same finger. DIP joint is the finger joint closest to the nail.

The researchers suggest that patients with psoriatic arthritis should have their fingernails examined.

Common changes to the nails that occur in nail psoriasis include: 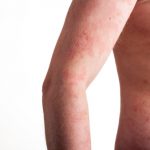 Psoriasis is caused by a combination of genetic, immunologic, and environmental factors. It is still not fully understood how nail psoriasis comes about, but it’s theorized that both forms have similar causes.

Psoriasis tends to run in families with at least 40 percent of psoriasis patients having a first-degree relative with the condition. If both parents have psoriasis, the risk of their child having it increases to 75 percent.

Signs and symptoms of nail psoriasis include:

Medical treatments for nail psoriasis include topical steroid creams for rubbing into the cuticle, steroid injections underneath the nail, removal of the nail, and oral medications. Antifungal medication may be needed as well if a fungus does develop.

How to treat nail psoriasis at home 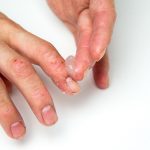 Along with proper fingernail treatment and medical intervention, here are some home remedies you can use to improve nail psoriasis.

If you have psoriasis, speak to your doctor about your risk of nail psoriasis and have your fingernails checked regularly.

Risk of aneurysm in the abdomen higher in psoriasis