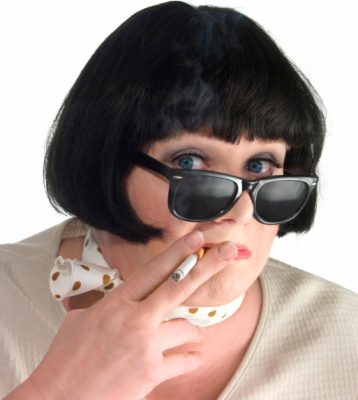 While it is no secret that weight gain during and after quitting smoking is a very common part of the process, and one that should be monitored in certain people, weight gain is getting to be a bigger problem when trying to kick the habit than ever before.  But experts say that although the numbers are higher with smokers trying to quit, the obvious benefits still heavily outweigh the obesity risks.

Experts are still heavily encouraging people to kick the habit, and saying that body weight should try to be kept within normal ranges, but also understanding, following recent studies on the subject that this isn’t always possible, saying that smoking risk factors, are far worse than obesity risk factors. With the concern about noticeable weight gain being a heavy deterrent for some smokers to quit smoking (female smokers in many cases) researchers decided to take a look at exactly what the numbers are in terms of weight gain, and potential for obesity.

So How Much Weight Gain Can I Expect?

Researchers in France and the UK analyzed the results of 62 different studies to assess weight changes (involving weight gain) among those who had quit smoking successfully (some used nicotine replacement therapy, and some didn’t) over the course of a year. The results were interesting, showing that in quitters who were not using any treatment, the average weight gain was 1.1 at the one month marker, 2.3 kg at two months, 2.9 kg at three months, 4.2 kg at six months, and 4.7 kg at 12 months.

The researchers are saying that this is higher than the typical 2.9 kg often given in the common smoking cessation advice leaflets. Also interesting, is that vanity is especially noticeable in the female participants who say that 2.3 kg is about all they are willing to gain when trying to quit smoking. Which leads to implications that women could be gambling with their health, putting vanity over potential weight gain ahead of the variety of health benefits associated with quitting smoking.

What could be happening, is that in order to prompt people to quit smoking, much of the available information could be downplaying the weight gain aspect knowing it is a deterrent for many avid smokers concerned about their appearance. A way around this would be for doctors to give people who want to quit smoking a “range” of weight they could lose, rather than average numbers. But more research is needed to identify the people most at risk of gaining weight and to clarify the best way to prevent the weight from packing on after the last cigarette is smoked.