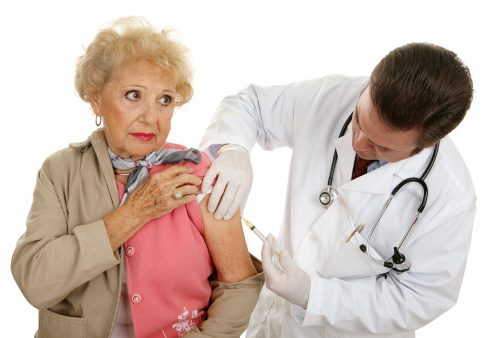 Most years, there are over 100 million doses of influenza vaccine available to protect Americans; however, on average about 30 percent of the adult population in the United States receives an annual flu shot. Now, medical researchers are giving people more reason to consider protecting themselves against influenza. They believe the flu shot can curb heart disease.

Every year; normally in the fall and winter, up to 20 per cent of people get the cold and flu bug. You have likely heard that influenza is not a serious concern unless you are elderly, pregnant or have a weak immune system. Still, health officials across North American encourage people to get the flu shot. It not only protects people from the miserable symptoms associated with the common cold and flu, it saves the work force thousands of lost work hours, as well as the medical system billions of healthcare dollars. Now a group of Toronto researchers say they’ve discovered that influenza vaccinations can significantly reduce the risk of heart attack, stroke, and death from heart disease.

Cardiologists and scientists at Toronto’s Women’s College Hospital and University of Toronto reviewed medical data going as far back as the 1960’s. They discovered a 50 per cent reduction in the risk of having a “major cardiovascular event” in the year following the flu shot. This applied to people with and without a history of coronary artery disease. In another study, researchers learned that people with implantable cardiac defibrillators were less prone to require shock stimulation during cold and flu season if they received a vaccination against influenza. Shock stimulation is needed to bring the heart back into normal rhythm.

Doctors and scientists can’t say for sure why the influenza vaccine lowers the risk of heart disease so they suggest more studies to unravel the mystery. In the meantime, they do have a couple of theories. One is that respiratory infection can block the flow of oxygen through the blood leading to the heart. The other possibility is that the flu causes inflammation, and inflammation can cause plaque to burst, blocking blood supply to the heart.

Until now there hasn’t been a lot of evidence to suggest that the flu shot can curb heart disease, among those who have never had cardiac issues, yet there has been a lot said about protecting yourself against cold and flu once you have had a cardiac episode. The America Heart Association and the American College of Cardiology recommend influenza immunization as a secondary method of prevention for those who have already suffered a heart attack or other type of cardiovascular problem. Studies show that getting the cold and flu when you have a heart condition can put you at a higher risk for complications. The flu shot can protect you against pneumonia or even another heart attack. Staff at the Mayo Clinic say it is safe for most heart disease patients to get a flu shot, but it is always best to discuss it with your cardiologist first.