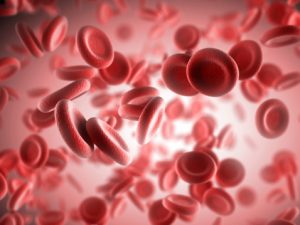 While low red blood cells can be a sign of a serious health issue, such as anemia, there are ways to increase RBC.

People generally don’t think about their red blood cells or the possibility of having low red blood cells until they start developing problems. It can be helpful to understand why we need a proper level of red blood cells and how to increase RBC count.

Low blood cells can be due to a condition known as anemia. People who are suffering from anemia tend to have red blood cells that are an odd shape or are larger or smaller than normal. If you suffer from anemia, you could have various symptoms, including tiredness, irregular heartbeat, pale skin, feeling cold, and in severe cases, you could even experience heart failure. Children with low red blood cells can grow more slowly than other children.

An RBC count can tell doctors if you have a blood-related illness, such as anemia. Iron deficiency anemia is the most common form of anemia. A low count can also indicate a deficiency in vitamin B6 or folate.

How to increase red blood cells

If you want to increase RBC count, you may have to look at your nutritional intake. For instance, eating an iron-rich diet can increase production of red blood cells. There are all kinds of iron-rich foods to choose from. Adding B vitamins can also be helpful.

Bread and enriched cereals have a lot of B-9, which is folic acid. Although copper doesn’t directly produce red blood cells, it can help the cells access the iron they need to replicate. Foods rich in vitamin B-12, B-6, vitamin A, and vitamin C can also support RBC production.

Low iron levels are associated with anemia, which can cause those affected to feel excessively weak and fatigued. Iron is required by our red blood cells to be able to deliver oxygen to the body, and without iron, they can die prematurely. Eating foods rich in iron can help keep your blood healthy. Iron-rich foods include:

Another important B vitamin, also known as pyridoxine, that is used by the body to make and use protein and glycogen, which are energy sources for your muscles and liver. Vitamin B6 also helps to form hemoglobin, an important factor for the transfer of oxygen throughout the body. Foods rich in vitamin B6 include:

Folic acid or vitamin B9 is an essential nutrient required by your nervous system and adrenal glands to create new cells in the body. It is also required to produce red blood cells, as a deficiency of folate can lead to the development of megaloblastic anemia. Foods rich in folic acid include:

Perhaps more commonly known for being a conductive metal, copper is also required by the body in trace amounts for the production of hemoglobin and collagen in the body. It is also an antioxidant that helps to eliminate free radicals that can cause damage to cells. Recommended daily value of copper is 900mcg per day for both men and women. Copper-rich foods include:

Vitamin C is a water-soluble vitamin, so it must be replenished all the time. There are plenty of natural sources of this vitamin, but there are those who find it difficult to get enough. Adults should aim for between 75 and 90 mg of vitamin C each day. Vitamin C indirectly helps to promote red blood cell production as its presence in the body helps to absorb more iron. Vitamin-rich foods include:

Foods that contain vitamin A are important because they support red blood cells by helping cells absorb much-needed iron. Also going by the name retinol, this seldom talked about vitamin is an important part of a person’s diet.

Vitamin E helps to prolong red blood cell life, allowing them to perform their oxygen-carrying ability much longer. It also aids in the protection of biological membranes found in nerves, muscles, and the cardiovascular system. The average adult requires about 15 mg of vitamin E daily. Most people can get all the vitamin E they need from foods, like the ones listed below. Keep in mind that a lot of vitamin E foods contain fat.

Experiencing symptoms, such as fatigue, dizziness, shortness of breath, or heart palpitations could be a sign of low red blood count. Making lifestyle changes to help increase red blood cell count isn’t just about food. Exercising can also be beneficial to RBC count.

If you exercise vigorously, it will raise your heart rate and cause your body and brain to require more oxygen. The need for more oxygen triggers the body to produce more red blood cells. Participating in regular exercise, along with maintaining a healthy diet, can allow the bone marrow to create those red blood cells.

Workouts can include running and jogging, cycling, swimming, or guided exercises, such as spinning or aerobics.

There are situations where lifestyle adjustments aren’t enough to deal with low red blood cell count, but there are medical solutions to increase the number of red blood cells your body generates.

Without the constant cycle of new red blood cells, our bones, tissues, and organs wouldn’t be getting adequate oxygen. Nourishing the body helps build our blood and support a healthy immune system. If you are having difficulty getting proper nutrients or any of the B vitamins, you should see a doctor as soon as possible so you can determine the right course of action.

Related: Boost your circulation naturally with these ingredients

Improve blood circulation with this