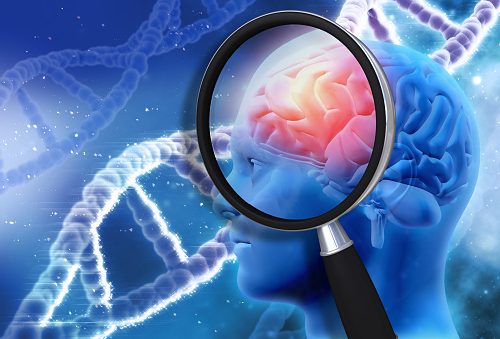 As the study found, Alzheimer’s disease and type 2 diabetes are so closely related that drugs commonly used for latter could actually be effective as a treatment for the former – and vice versa.

The study found that dementia-related complications in the brain could also lead to changes in glucose handling and diabetes.

The researchers said, “Many people are unaware of the relationship between diabetes and Alzheimer’s disease, but the fact is that around 80 percent of people with Alzheimer’s disease also have some form of diabetes or disturbed glucose metabolism. This is hugely relevant as Alzheimer’s is in the vast majority of cases not inherited, and lifestyle factors and comorbidities must therefore be to blame.”

“Our research teams are particularly interested in the impact of lifestyle-related factors in dementia and by collaborating with experts in diabetes and metabolism, we have been able to investigate the nature of the link in great detail. Until now, we always assumed that obese people get type 2 diabetes and then are more likely to get dementia – we now show that actually it also works the other way around.”

Additionally, it was previously believed that diabetes starts in the periphery, i.e. the pancreas and liver, often due to consumption of an unhealthy diet, but here we show that dysregulation in the brain can equally lead to development of very severe diabetes – so again showing that diabetes doesn’t necessarily have to start with your body getting fat – it can start with changes in the brain.

“This study provides a new therapeutic angle into Alzheimer’s disease and we now think that some of the compounds that are used for obesity and diabetic deregulation might potentially be beneficial for Alzheimer’s patients as well. The good news is that there are a number of new drugs available right now which we are testing to see if they would reverse both Alzheimer’s and diabetes symptoms. We will also be able to study whether new treatments developed for Alzheimer’s can improve both, the diabetic and cognitive symptoms,” the researchers concluded.

It is known that there are underlying links between diabetes and Alzheimer’s disease, but these links are not fully understood. Nevertheless, based on these connections, researchers and doctors speculate that by preventing or managing diabetes one could reduce their risk of developing Alzheimer’s disease.

Diabetes can contribute to many health complications. In particular, it can cause blood vessel damage. Because of this, diabetes is a known risk factor for vascular dementia. In this type of dementia, blood flow is blocked from reaching the brain, thus causing damage.

Many diabetics develop changes in the brain that signal Alzheimer’s disease. This could be a result of changing glucose levels.

Hence, prevention or proper management of diabetes is important for reducing the risk of associated complications, including the risk of Alzheimer’s disease and other types of dementia.

Here are some tips for managing type 2 diabetes:

By following these tips, you can have a greater control over your type 2 diabetes and help reduce the risk of Alzheimer’s disease.