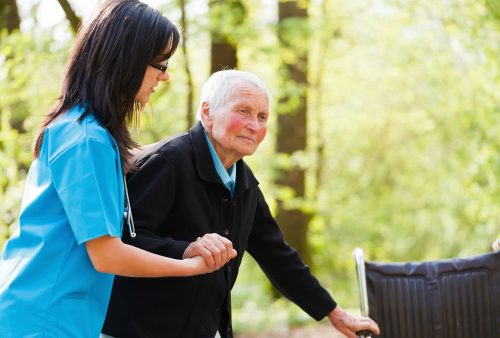 All parts of our body require blood flow to function. When blood flow becomes compromised then the function of the body part or organ can begin to fail because cells start to die off. The brain has one of the richest networks of blood vessels and can be particularly vulnerable to damage if blood flow is decreased.

A stroke occurs in the brain when blood flow is diminished. Side effects of a stroke can include speech and language impairment, changes in motor skills and even paralysis. A major stroke or multiple smaller strokes can contribute to vascular dementia as blood is reduced to the brain.

Other risk factors of vascular dementia include:

Types of vascular dementia include multi-infarct dementia and Binswanger’s disease.

Symptoms of vascular dementia can be gradual or progress after the occurrence of a stroke. Symptoms may be seen immediately after a stroke is experienced and may improve for short periods of time.

Symptoms of vascular dementia include:

Symptoms can worsen and lead to:

Vascular dementia has its own symptoms, but symptoms may also be present along with common stroke symptoms.

Unfortunately the damage that has been done from a stroke cannot be undone, so it’s important to control symptoms and risk factors that can lead to an additional stroke. Some prevention tips include:

Treatment options for a person with vascular dementia at home are:

Medication may be used to ease agitation, aggression and even depression. Alzheimer’s disease medications have not been shown effective for vascular dementia. If a person has trouble hearing or seeing, glasses, hearing aids or cataract surgery may be beneficial as well.