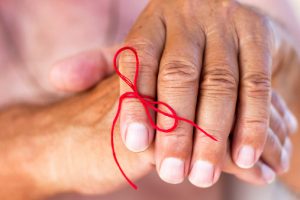 Dementia and Alzheimer’s disease are among the major causes of disability among the elderly. Nearly 40 million people worldwide suffer from dementia. The disease has a physical, psychological, social, and economic impact on those who have it. If you have been touched by dementia or know someone who has, you know how important it is to prevent.

Neurologists in Germany have discovered that the diabetes drug pioglitazone can reduce the risk of developing dementia. The researchers based their conclusion on an in-depth analysis, which included data on diseases and medications taken from a German public health insurance company. They evaluated health information of 145,000 people aged 60 and older.

Pioglitazone enables the body to become more sensitive to insulin. It acts as an anti-inflammatory as well, inhibiting the deposit of harmful proteins in the brain. Laboratory tests have indicated that it can also protect nerve cells.

The German neurologists say their analysis suggests the drug has strong prevention ability when taken before the symptoms of dementia appear.


Tips to manage diabetes and dementia

Type 2 diabetes is a lifelong disease that affects the way our body handles glucose. Eating healthy and taking part in regular physical activity is the best way to reduce your risk of getting diabetes. If you do end up with the disease, medication is likely. Pioglitazone is a common treatment, but there are potential side effects, so it is important to learn as much as you can before taking it.

Here are some useful tips on managing diabetes and dementia:

The neurologists in Germany want to know more about how the medication works so well in reducing risk. Further research should focus on the impact of the drug on non-diabetics and look at other antidiabetic medication.

Alzheimer’s disease and type 2 diabetes share the amyloidosis link. Amyloidosis is the accumulation of amyloids, which are proteins that fold incorrectly…Continue Reading

Until very recently tau tangles in the brain were associated with Alzheimer’s disease, but now a recent study out of Australia links tangle buildup in the brain to type-2 diabetes…Continue Reading