Home » Health News » Buprenorphine and Other Opioids Have Harmful Side Effects in Dementia Patients: Study 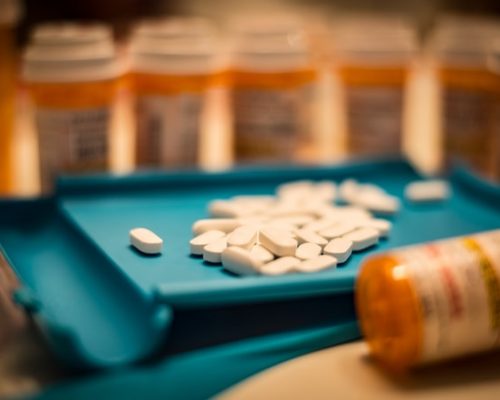 A new study from the University of Exeter, King’s College London and the University of Bergen has found that commonly prescribed pain medication can have three times the harmful side effects in patients with dementia. The side effects included personality changes, confusion, and sedation. As pain is a significant symptom for half of dementia patients and is often underdiagnosed and undermanaged in this population, these are important findings.

The researchers examined 162 Norwegian care-home patients with dementia in a randomized controlled trial. The researchers measured the effects of taking an opioid-based painkiller for pain management in comparison with a placebo. The results showed that the experimental group experienced three times the number of negative side effects from the pain medication than the control group. These participants were also significantly less active during the day than the controls.

“Pain is a symptom that can cause huge distress and it’s important that we can provide relief to people with dementia. Sadly, at the moment, we’re harming people when we’re trying to ease their pain. We urgently need more research in this area, and we must get this dosing right. We need to establish the best treatment pathway and examine appropriate dosing for people with dementia,” said Clive Ballard, professor of age-related diseases at the University of Exeter Medical School.

Nearly 40 percent of dementia patients are prescribed opioid-based painkillers. Current dosage guidelines do not take into account that dementia patients can achieve pain relief from much smaller doses of the medication than are normally prescribed and are at risk for a larger number of adverse side effects from taking the incorrect dose. The researchers are now asking for future studies to examine the proper dosage of painkillers for patients with dementia and that these be implemented into pain management plans.


With side effects including personality changes, confusion, and sedation caused by the consumption of too high a dose of the opioid-based painkiller, the patients with dementia were also at an incredible risk to themselves when being treated with the currently recommended dose of the drug. Medical practitioners should consider prescribing a lower dose of pain medication when treating patients with dementia.

The researchers behind this study also presented the results of another study they had concurrently performed, which showed that dementia patients may be more susceptible to negative side effects from opioids due to their bodies’ natural tendency to over-produce opioids. This study treated mice with dementia for arthritis, using opioid-based painkillers. The mice with dementia showed a sensitivity to the painkillers compared to those who did not have dementia.

The mice with dementia responded to a much lower dose of the medication for the same pain-relieving effects but experienced a much higher rate of adverse effects when given the “normal” dose of the opioid painkiller. Through examining the mice, the researchers found that the mice with dementia actually produced more opioids naturally than those without dementia. These included endogenous opioids such as endorphins.