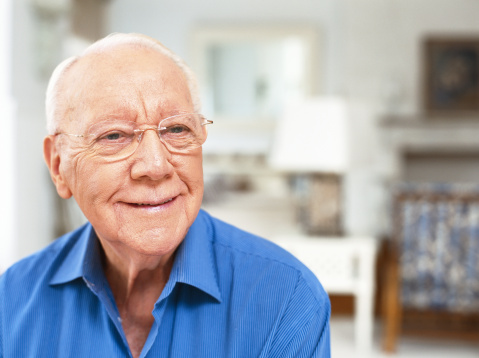 Parkinson’s disease, or Parkinsonism, pertains to a neurodegenerative disorder that is characterized by a deterioration of cognitive abilities such as dementia or forgetfulness.  This condition is also linked to poor motor movements and performance, thus resulting in the difficulty in performing regular tasks such as taking a bath or simply eating a meal.  Dementia often occurs at the advanced stages of Parkinson’s disease, often inflicting disappointment and frustration not only in the affected individual, but among the members of the family as well.  Parkinsonism often develops among the elderly, with initial mild signs and symptoms affecting performance appearing within the age range of 50 to 60 years of age.  Current treatment schemes for Parkinson’s disease include musculoskeletal drugs to prevent recurring jerks and tics and dopamine for proper nerve transmission.  However, a more effective treatment still needed for this disease.

Research on Parkinson’s and Treatments

Physicians and scientists are extensively engaged in research studies that may identify an effective treatment for Parkinson’s disease, including its symptoms of dementia and poor motor performance.  Previous research reports have suggested that the nerve cells of the brain may have developed cellular and tissue damage, thus resulting in dementia and poor motor performance.  The use of stem cells for replacement of damaged cells of the brain and the rest of the central nervous system has been considered as a promising approach in the treatment of Parkinson’s disease.

As these biomedical professionals spend time in searching for an appropriate treatment for Parkinsonism, it would also be interesting to know whether the prevalence of this neurodegenerative disease has remained the same through the years.  Research efforts on identifying the main causes of this condition may not only help in the development of a treatment scheme, but also design prevention schemes that would help avoid the development of dementia and maintain good individual performance.

RELATED READING:  One Step Closer to a New Parkinson’s Drug

According to a recent medical report published in the journal Public Library of Science (PLoS) Genetics, the prevalence of Parkinson’s disease may be higher than first conceived.  This report was based on a genome-wide screen of the deoxyribonucleic acid (DNA) sequence of a study population consisting of individuals at high risk for androgenic alopecia, or hair loss among men.  Screening of approximately 12,806 men at high risk for androgenic alopecia identified six genes that were also strongly associated with the development of Parkinsonism symptoms such as dementia and poor motor performance.  Comparison of mutations and gene sequences provided information on the most common DNA changes that may be responsible in the development of the symptoms of Parkinson’s disease.

Genetic analysis showed that the presence of mutations in the identified genes were six times more likely to develop Parkinson’s disease.  More importantly, the results of this research study showed that there might be a higher prevalence of this neurodegenerative disorder than earlier thought of.  Years of monitoring of this specific population of males with androgenic alopecia will confirm whether this genetic association is indeed true.

The findings in this recent medical report present another avenue in understanding the main causes of Parkinson’s disease.  Aside from genetic causes of this neurodegenerative disease, it may also be possible that a combination of biological and environmental factors have synergistically combined, resulting in Parkinsonism symptoms such as dementia and poor motor performance.  The information contained in the medical report may also assist researchers in their search for a treatment for Parkinson’s disease, as well as in the design of diagnostic assays for the early detection and diagnosis of this condition.  For the meantime, it will still be helpful for physicians and family members to assist in the daily activities of individuals diagnosed with dementia and poor motor performance, until an effective treatment scheme is identified.