Home » Health News » Menopause Brain Fog: What Is It and How to Treat It? 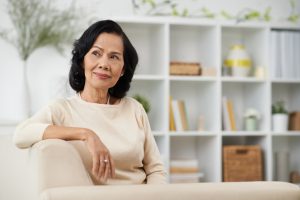 Many women experiencing menopause often describe brain fog, but there was not enough evidence to support such claims. Well, additional research findings have just come out which reveal that brain fog in menopause is a real thing.

Brain fog as a result of menopause is neither a permanent condition nor does it increase the risk of dementia later on in life. But in the moment, it is a frustrating symptom to live with.

The study, which builds upon objective evidence, found that a woman’s ability to carry about memory tasks becomes hindered when her estrogen begins to dip – around the age of 45 to 55.

Estrogen is related to activity in the hippocampus which is the area of the brain responsible for memory and thinking.

Roughly 60 percent of menopausal women report brain fog symptoms during menopause. The recent study adds to previous findings by offering better understanding of how estrogen plays a role in the brain.

The study was based on 200 women whose memory skills were tested along with undergoing a functional MRI to track brain activity.

The study found that on average women with lower estrodiol – a form of estrogen – performed worse on memory tests. Postmenopausal women also showed different brain activity in the hippocampus compared to premensopausal women. But these changes were not seen among all women which raises the question as to why some women experience such changes where others do not.

Researchers speculate that lifestyle habits of women may also offer protective effects from the decline of estrogen. For example, women who frequently exercise are less likely to experience brain fog which raises the possibility that exercise offers protective effects against lower estrogen.

Although more research is needed it does offer some relief to many women as it makes their condition normal. Women don’t have to fear that what they are experiencing is a result of them going “crazy”.

How to Treat Menopause Brain Fog

By adhering to these natural remedies for brain fog in menopause, you can reduce stress, feel better, and promote mental clarity so you can continue to partake in daily life.