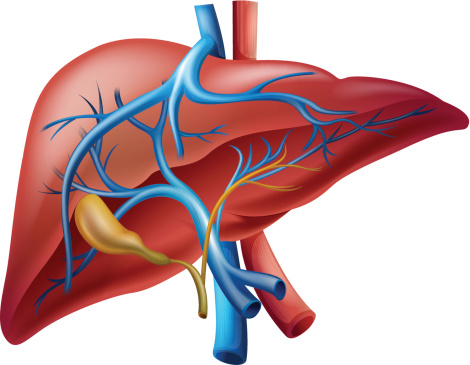 Bile duct obstruction (biliary obstruction) occurs when there is a blockage in the bile ducts. Bile ducts transport bile from the liver and gallbladder through the pancreas and into a part of the small intestine called the duodenum. Bile is dark green or brownish yellow in color. It is produced by the liver to help digest fats, and the gallbladder creates it to help with the digestive process and absorption of fats. Bile also helps to clear out the liver. A biliary obstruction can occur in any of the bile ducts in the body. If a bile duct obstruction remains untreated, it can result in fatal liver diseases.

What Are the Types of Bile Ducts?

Bile ducts found in the liver are separated into two kinds. Intrahepatic ducts are found inside of the liver. They are a collection of smaller tubes that collect and transport bile to the extrahepatic ducts.

Biliary obstruction is a relatively uncommon issue, occurring in five out of every 1,000 people. Sex-factors for biliary obstruction depend highly on the underlying cause of the issue, the most common of which is gallstone disease. Women are much more likely to suffer from gallstones than men. By age 60, nearly 25 percent of women will have developed gallstones, increasing to as many as 50 percent of women by age 75. Only 20 percent of men aged 75 and up will suffer from gallstones. Researchers believe women are more susceptible to gallstones due to their elevated estrogen levels and its effect on the liver.

When bile ducts become obstructed, bile builds up in the liver causing jaundice in the patient. Jaundice is the term referring to yellowing of the skin.

Symptoms related to biliary obstruction are dependent on the underlying cause of the issue. Some common symptoms include light-colored stools, dark urine, jaundice, itching, pain in the upper right side of the abdomen, nausea, vomiting, weight loss, and fever.

How to Diagnose and Treat Bile Duct Obstruction

A physical exam is usually the first step in a bile duct obstruction diagnosis. Your doctor will examine you and feel your abdomen. A blood test may then be administered to test for increased levels of bilirubin (a catabolic compound involved in the elimination of waste), alkaline phosphatase (an enzyme related to liver disease), and liver enzymes. A blood test can also help rule out cholecystitis (inflammation of the gallbladder) and cholangitis (inflammation of the common bile duct).

Bile duct obstruction treatment is often targeted toward resolving the underlying cause of the issue, with the goal of removing the blockage through medication or surgery if necessary. If the cause is gallstone disease, a cholecystectomy may be administered to remove the gallstones. In cases where the obstruction is caused by a tumor, a stent may be placed in the blocked bile duct to restore normal flow.


Complications and Prevention of Biliary Obstruction

Patients who undergo surgery to resolve the biliary obstruction face an additional set of potential complications. Postoperative acute oliguric renal failure (kidney failure) can occur but is more common in elderly patients who show signs of jaundice. Biliary colic or a gallbladder attack can also occur after surgery.

Following the diet will involve consuming foods that are naturally low in fat or fat-free. This includes fruit, vegetables, beans, and grains prepared without sauces. Lean meats may be consumed as well as fat-free deli meats. Dairy should be limited to low-fat milk, yogurt, and cheese. Also, ensure that you prepare your meal without using additional fats. Frying should be avoided for baking, broiling, or steaming.

Certain herbal remedies are recommended to treat bile duct obstruction. Milk thistle extract can increase the flow of bile while decreasing the concentration of cholesterol. Milk thistle is not recommended for use with blood-thinning or cholesterol-lowering medications, however. Globe artichoke has been used for centuries to increase bile flow and reduce the formation of gallstones. If a bile duct has been completely blocked, globe artichoke is not suggested for use. Purslane is an edible weed known for positive digestive effects. The use of purslane has been shown to reverse the liver damage caused by bile duct obstruction.

Bile duct obstruction is a fairly uncommon issue, generally caused by a larger underlying medical problem such as gallbladder disease. Biliary obstruction is more common in women, potentially due to higher estrogen levels. There are several different types of bile ducts in the liver and gallbladder and biliary obstruction can occur in any of them. Biliary obstruction on its own is not often life-threatening, but if left untreated can lead to severe complications including liver diseases. Common symptoms of bile duct obstruction include pale stools, dark urine, jaundice, itching, pain in the upper right side of the abdomen, nausea, vomiting, weight loss, and fever. Diagnosis often requires a physical exam, blood tests, and imaging scans. Surgery may be required for treatment, but more often due to the underlying cause of the biliary obstruction than the bile duct blockage itself. There are certain natural remedies that can aid with bile duct obstruction, including milk thistle, globe artichoke, and purslane. Patients are advised to follow a low-fat diet to help restore bile flow.

Throwing up bile: Causes and treatments