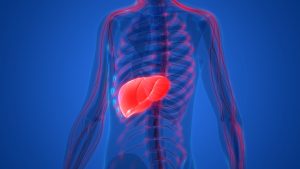 Bile ducts have a major function when it comes to our well-being. Having an enlarged bile duct can lead to uncomfortable pain as well as a host of other symptoms.

Bile is a liquid produced by our liver. It is a yellowish-brownish or dark-green substance that the bile duct normally carries from the liver and gallbladder through the pancreas to the duodenum, which is part of the small intestine. Bile essentially helps digest fats from the food we eat. If a blockage or obstruction occurs in the bile duct, it enlarges.

Gallstones are one cause of bile duct enlargement. In fact, gallstones are a build-up of bile, which forms small stone-like clumps that can lead to blockages if they get large. This is one of the most common causes of bile enlargement. However, there are other reasons for a person to have the problem.

Here’s a look at some of the other causes of enlarged bile ducts:

When doctors take a close look at what causes enlarged bile ducts, they often discover that diet plays a big role. For example, gallstones are commonly linked to a high cholesterol diet.

If you have an enlarged bile duct, it is important to get treatment, otherwise, it may lead to complications.

Of course, symptoms of enlarged bile ducts depend on the root cause. In the case of gallstones, pain in the upper abdomen can be really severe. It is the type of pain that can be difficult to relieve. Below is a rundown of some of the other enlarged bile duct symptoms associated with gallstones.

When it comes to strictures, about 15 percent of bile duct problems are found during the time of surgery, but 85 percent are discovered following the operation. Discharge of bile is usually detected through the drainage tube along with deepening jaundice.

In the case of enlarged bile duct due to cancer, the following symptoms can occur:

For some people, gallstones don’t require treatment because they simply pass on their own. There are also cases where the gallstones do not present any symptoms and can be addressed in a natural way so that they don’t get worse and start to cause unbearable symptoms.

Here’s a list of lifestyle tips for people who have gallstones with no symptoms:

If someone who has gallstones is in a lot of pain, the doctor will likely recommend surgery. Today, patients are fortunate that there is laparoscopic gallbladder removal, which is less invasive than previous surgical techniques. With the laparoscopic procedure, a patient can usually go home on the same day or the day after as long as there are no complications. Some people do experience a loose or watery stool right after gallbladder removal, which can be treated with a low-fat diet so that less bile is released.
If the enlarged bile duct is due to cancer, there could be a combination treatment plan. The treatment options depend on the stage of cancer, the patient’s overall health status, and the patient’s personal preferences. Surgery to remove the tumor and/or surrounding tissue is one possibility. There are doctors who specialize in treating the liver and bile ducts as well. They are called hepatobiliary surgeons. Let’s take a look at all the options for cancer:

Patients with bile duct strictures may be able to have endoscopic therapy, which can be done on an inpatient or outpatient basis. Those who require surgery will have to stay in the hospital longer. For the most part, medical treatment for strictures is all about managing any potential complications. Those who have infections of the bile duct respond well to antibiotics.

If you are generally a healthy person who follows a nutritious, balanced diet and participates in regular exercise, you are lowering your chances of having an enlarged bile duct. If you have a history of gallstones, experience an abdominal injury, have an infection that leads to a blockage, have a weakened immune system, or have had recent biliary surgery, then you are at higher risk of bile duct enlargement.

When you or someone you know experiences the symptoms we described earlier, it is crucial to seek medical attention to determine whether or not you have an enlarged bile duct. Some of the complications, as a result of not getting treated for an enlarged bile duct, can be life threatening.

Related: What causes throwing up yellow bile and how to stop it