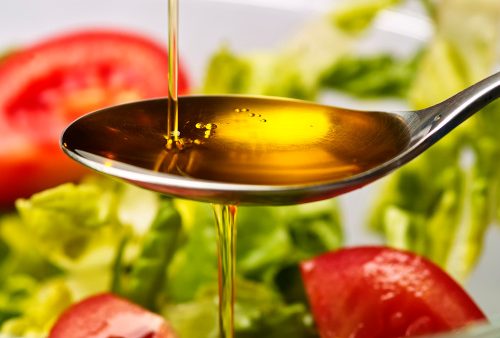 High cholesterol is a growing problem in the U.S., affecting roughly 73.5 million Americans. Worse yet, less than one out of every three adults have their condition under control. High cholesterol is described as having elevated levels of LDL cholesterol levels, commonly referred to as the “bad” one due to the fact that it can narrow and clog arteries.

Statins are often prescribed as a means to lower cholesterol, but less than half of American adults are being treated with statins, and those who are often miss dosages and don’t fully adhere to their treatment plan. (Amazing “miracle molecule” doubles blood circulation.)

Doctors often recommend dietary changes as a way to lower cholesterol. And one diet has ranked supreme as it has been found to actually remove cholesterol from the body.

You may have been hearing more and more about the Mediterranean diet – its health benefits have been making headlines as of late. The American Heart Association (AHA) has now recommended this diet for cholesterol reduction.

Both groups on the Mediterranean diet saw improvements in their cholesterol levels, but the benefits were greater in the olive oil group. More specifically, those who consumed extra olive oil experienced a process known as reverse cholesterol transport, meaning that cholesterol was actually removed from the plaque in the arteries and transported to the liver. (Avoid these seven dangerous signs of a toxic liver.)
Additionally, the diet helps promote the relaxation of blood vessels, improving the blood flow and this way helping reduce the risk of heart disease. (Mystery molecule acts like a balloon pump inside your blood vessels.)

The researchers speculate that the olive oil-based diet is more effective than the nut-based diet due to the antioxidants in the oil.

So, if you’re looking for a natural way to improve your cholesterol and reduce your risk of heart disease, then adhering to the Mediterranean style of eating is a good place to start. If changing your diet completely is a bit difficult at first, you may want to begin incorporating more olive oil into your diet.