Home » Eye Health » Autism could be diagnosed with an eye exam 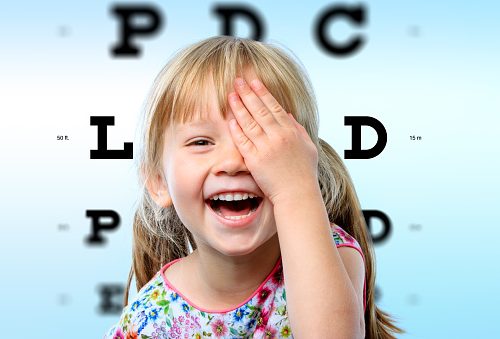 Autism spectrum disorders (ASD) vary in level of severity and in how they are expressed symptomatically. The unpredictable nature of ASD creates many challenges for physicians trying to diagnose the disorder and also for treatment plans, as each individual responds differently. Being able to identify which phenotype of the disorder is presenting in the individual is an inherent first step to providing effective treatment.

New research has revealed that in a certain phenotype of ASD, the cerebellum—the part of the brain known for playing a part in motor control, emotions, and cognitive functions—is structured differently than in individuals without the disorder. In particular, the cerebellum is responsible for controlling rapid eye movements and the connection between the two may be used as an important tool by practitioners when trying to diagnose ASD in patients.

For the majority of the population, rapid eye movements are exact and extremely quick. They help us understand and process the world around us. If the structure of the cerebellum differs in patients with a particular subtype of ASD, studying their rapid eye movements may be one way to diagnose the disorder.


A new study from the University of Rochester Medical Center has looked into this phenomenon to determine whether or not this mechanism in the brain can be used as a diagnostic tool. In a series of tests, researchers tracked the eye movements of participants with and without ASD.

The researchers believe that this inability for the brain to correct its focus may be an indicator for more than cerebellum impairment. They see the potential that this also indicates a reason behind the social and communication differences in patients with ASD.

This type of experimental eye exam could be useful for medical practitioners when trying to diagnose ASD. If the patient displays this same inability to correct for the missed target, it could indicate the cerebellum abnormality that is found in the subtype of ASD patients. Further research is needed to fully understand the meaning of these findings and how they could affect future diagnoses and treatments for ASD.