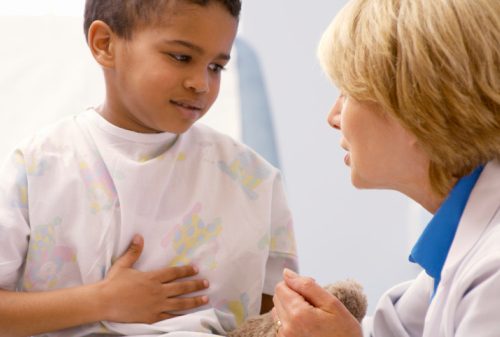 A new study found that children with autism are not at a higher risk for stomach disorders, compared to those without autism. The study focused on stomach problems that have been previously linked to autism, such as intestinal inflammation, deficiency of lactase, and leaky gut – an increased intestinal permeability.

The findings revealed that autism children were not at a higher risk for these stomach disorders, compared to children without autism.
Researcher, Dr. Timothy Buie said, “The results of this study suggest that common gastrointestinal problems occur in children with autism and should be evaluated. There is no evidence to support that gastrointestinal disorders cause autism.”

The researchers studied endoscopy results from 61 autistic children examined for gastrointestinal symptoms like abdominal pain and constipation. The autistic children were then compared with 50 children who underwent similar testing. The tests were done part of normal care and not specific for the study.