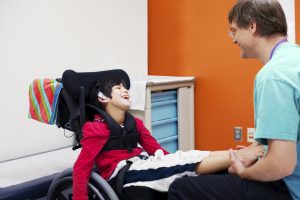 Cerebral palsy, ADHD, autism, and epilepsy may overlap in older children. The study that uncovered the findings looked at over 700,000 children from Norway and revealed that ADHD, autism, and epilepsy had significant occurrences by 11 years of age. Cerebral palsy was also found in high occurrence in children over the age of four. Lastly, boys had a higher risk of these conditions compared to girls.

Lead investigator Pål Surén wrote, “The findings demonstrate the significant burden of disease associated with neurologic and neurodevelopmental disorders in children, and that this burden is disproportionately skewed towards boys.”

The researchers only examined data from 2008 to 2010, and suggest that prevalence may be higher if they would examine the data previous to 2008.

The researchers wrote, “Validation studies of these diagnoses would strengthen the research value of NPR [Norwegian Patient Register] data and will be undertaken in the years to come.”

The findings were published in Pediatrics.

Prevalence of cerebral palsy at the time was found to be 3.1 per 1,000 eight-year-olds. Nearly 58 percent of children could walk properly, as measured by Gross Motor Function Classification System level and walking ability. Co-occurring autism was 6.9 percent and much more frequent, compared to children with non-spastic cerebral palsy. 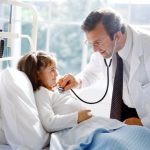 Cerebral palsy is a motor-related disorder, which can be caused by a brain injury before, during, or shortly after birth. Effects of cerebral palsy may affect a child’s mobility and even their ability to speak. It is well known that there is an association between cerebral palsy and ADHD, as occurrences of ADHD tend to be higher in children with cerebral palsy.

When ADHD is paired with cerebral palsy, it can lead to greater challenges and complications. Cerebral palsy symptoms typically occur at a much younger age than ADHD, thus delaying the diagnosis.

ADHD becomes more challenging to diagnose when a child has a coexisting health condition that may mask ADHD. Additionally, symptom patterns must remain consistent in order to properly diagnose ADHD. These symptoms include displaying inattention to details, making mistakes in homework, having trouble focusing on play activities, not listening when spoken to, not doing homework correctly or completely, having trouble organizing their time, avoiding strenuous mental activity, losing things in a consistent manner, being very distracted, and being forgetful in small activities.

In order to better diagnose ADHD in a child with cerebral palsy, a doctor must perform a thorough examination, and monitoring of ADHD symptoms must be done.

More research seems to suggest a link between ADHD and autism that could lead to the development of useful behavioral therapy treatments. Jean Gehricke is a well-known associate professor of pediatrics at University of California, Irvine, and he’s a clinical psychologist with the Center for Autism and Neurodevelopmental Disorders. Right now, a great deal of his work focuses on gaining a better understanding of why people with ADHD and autism seem to be more prone to substance abuse. Continue reading…