Home » Health News » As the Temperature Drops, Your Heart Risk Goes Up 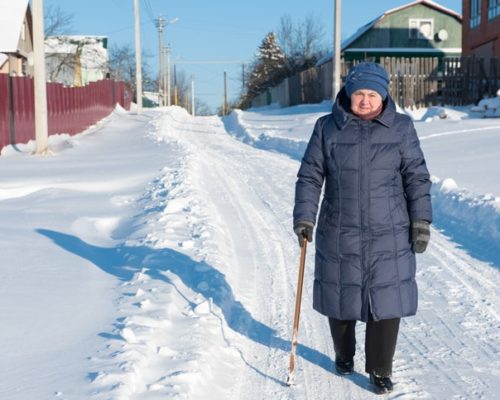 Summer, unfortunately, can’t last forever, and you may have already been experiencing some pretty frigid temperatures. As winter is upon us, it’s important that we pay extra close attention to your heart. This is because studies have shown that the risk of a cardiovascular-related event increases as the temperature drops.

It’s not uncommon for health to be linked with weather changes. For example, many people report a higher likelihood of migraines during times of weather changes and even asthma attacks tend to be higher during thunderstorms.

One of the main concerns is a higher risk of heart attacks in colder weather. Study author Dr. David Erlinge explained, “The main findings where an increase in heart attacks in low temperature, strong wind, low sunshine duration, and low atmospheric pressure.”

A 7.4 degrees C increase in temperature was enough to contribute to a 2.8 percent reduced risk of heart attack among 274,029.

Hong Chen part of Population Studies Division of Health Canada explained, “There is growing literature showing prolonged effect of cold temperature on cardiovascular health which remains pronounced even 2 to 3 weeks after exposure. The observation of a stronger association of moderate cold temperature and [myocardial infarction] suggests that while climate change will bring more hot days, the effect of cold temperature on public health will likely persist into the future. In addition, climate change may intensify the effects of the jet streams position, causing more severe cold winters.”

It’s important to note that the latest research highlights association which is not to be confused with causation. The mechanisms that associate colder weather and heart attack risk can only be speculated as of now.

Previous theories have suggested that those with hypertension have a higher risk of heart attack in colder temperatures because blood pressure can further raise as blood vessels constrict in the colder temperatures, adding additional stress on the heart.

Another possible link is the flu as there are higher rates of flu in the winter it can make a person more susceptible to a heart attack.

It’s important to understand your own heart risk during the winter months and ensure you are not putting your heart at higher risk by being outdoors in colder temperatures. Try to stay indoors as much as possible, and if you need to head out ensure you are dressed appropriately as to stay warm.