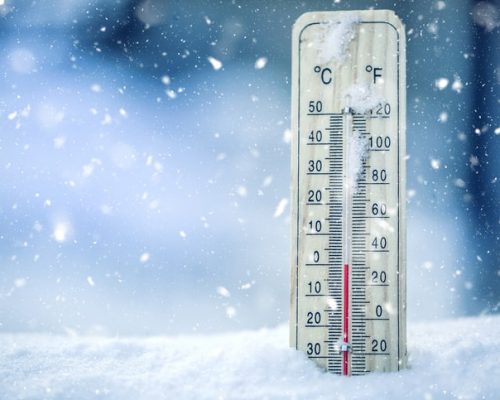 A new study published in the International Journal of Biometeorology has found that cold temperatures increase the likelihood of stroke mortality in elderly women. The study was performed with support from the São Paulo Research Foundation (FAPESP), researchers at the University of São Paulo (USP), and the Catholic University of Santos (Unisantos).

The researchers used death data collected by the city of São Paulo and compared it to weather data between 2002 and 2011. Between those years, there were 55,633 deaths due to stroke in São Paulo. Broken down into the type of stroke, there were 12,183 deaths from ischemic stroke and 17,250 deaths from hemorrhagic stroke, with the remainder of deaths caused by unspecified types of stroke or other cerebrovascular diseases.

Women at Higher Risk of Death by Stroke in Cold Temperatures

“At the beginning of the study, we thought pronounced temperature variability, whether in a warmer or cooler direction, would correlate similarly with both stroke subtypes. In other words, there would be more deaths from both subtypes on very cold or very hot days. That’s not what we found, however. In the case of hemorrhagic stroke, cold is a far more important factor, especially for women,” said geographer Priscilla Venâncio Ikefuti, one of the researchers for the study.

The researchers speculated that their findings may be related to reduced metabolism in the elderly. When temperatures are colder, it’s harder for those over 65 to maintain homeostasis, making it more them less resilient to health conditions such as stroke. Stress on the body caused by the cold causes an increase in the viscosity of the blood, platelet count, and blood pressure, all three of which increase the risk of hemorrhagic stroke.

“Our study contributes to the understanding of the impact of temperature on stroke mortality in a tropical country, where temperature might be assumed not to be a concern regarding the risk of stroke. It proves that isn’t the case, at least not in São Paulo City,” said Alfesio Luis Ferreira Braga, a Professor at Unisantos and one of the coauthors of the study. “Although the city is in a subtropical region, so that mean temperatures are higher than in countries with a temperate climate, substantial daily temperature variations and the occurrence of cold fronts or heatwaves are indeed risk factors for stroke, especially among the elderly, and above all among women [over 65].”