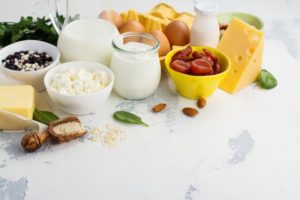 Dairy products considered to be fermented include cheese, yogurt, quark, kefir, and sour milk. The consumption of these products was found to have the most beneficial effects on blood lipid profiles relating to coronary heart disease.

Regarding non-fermented dairy products, the researchers noted that an increased consumption of these products was associated with an increased risk of coronary heart disease. These products include milk, which was the most popularly consumed in the category. In this case, the researchers defined having a high consumption as the intake of nearly 1 liter of milk per day. Those who consumed less than this, on average, did not experience this same increase in their risk of developing coronary heart disease.

This study currently extends its findings only to men and additional research will be needed to examine whether these results are the same in female participants. The results of the research are also limited by geographic location and the differing dairy consumption trends across the globe could certainly play a role in changing the results of a similar study performed elsewhere in the world. These consumption trends are also affected by time and government dietary recommendations, which can both alter perceptions of a healthy rate of dairy consumption.

“Here in Finland, people’s habits of consuming different dairy products have changed over the past decades. For instance, the consumption of milk and sour milk have declined, while many fermented dairy products, such as yogurt, quark, and cheeses, have gained in popularity,” says Jyrki Virtanen, one of the researchers behind the study.