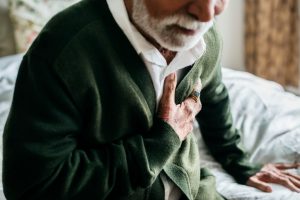 The weather this summer has been hotter than ever, and with the heat comes unexpected health risks. For those suffering from diabetes, the main concern is acute myocardial infarction (heart attack) as it’s the leading cause of death in people with diabetes.

New research has found that when temperatures rise, there’s an increase in the rate of heart attacks among those with diabetes. With global average temperatures increasing each year alongside rising incidences of diabetes, heart attack as a result of hot climates are a major concern for medical professionals and diabetes patients alike.

A new study compared rates of heart attack with temperature patterns in those with and without diabetes in Hong Kong between 2002 and 2011. They collected weather data from the Hong Kong Observatory. They determined rates of acute myocardial infarction from the Hong Kong Hospital Authority. The results were adjusted to account for meteorological variables, air pollutants, season, age group, gender, and admission type (first admissions and readmissions).

These differences in results between diabetes versus non-diabetes patients were most prominently seen in the participants 75 or older, during the cold season, and in first-time admission patients. The diabetes patients were also found to have a higher risk of heart attack during the cold season than those without diabetes, although risk increased for both groups during colder temperatures. “Findings of this study should be taken into account when drafting targeted health policy against extreme temperatures and planning patient care for people with diabetes,” write the researchers.

While the results are significant in Hong Kong where the data was collected, additional information is still needed to verify these findings in other regions and climates. The study conclusion continues, “Further studies from regions with differing climates examining effect modification of AMI–temperature (acute myocardial infarction) associations by DM (diabetes mellitus) status are needed. Future studies projecting the possible effects of rising temperatures on AMI incidence among DM patients should be considered.”