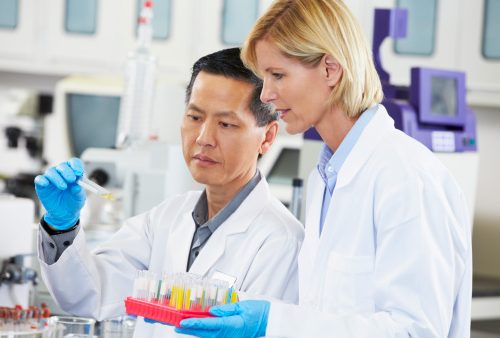 Getting old not only means gray hair and wrinkles, but also the aging of our cells. Aging changes our organs, tissues, and cells, affecting bodily functions all over the body. Connective tissue that binds tissue together becomes weaker, epithelial layers of our skin become thinner, and we tend to lose muscle mass in our old age.

This process of cellular aging is believed to be the result of senescent cells, which accumulate as we get older but do not grow or function as they should. However, a team of researchers from the University of Exeter has discovered a new way to rejuvenate these inactive cells so that within a few hours, they start to divide again and have longer telomeres.

Senescent cells are a normal part of aging and are a process where previously normal cells stop dividing. The cessation is thought to be the result of telomere shortening that ultimately triggers a DNA damage response. Despite senescent cells inability to divide, they are still metabolically active having the ability to secrete important signals that call on immune cells and other immune response components.

This new researcher builds on previous findings that showed that a class of genes called Exeter factors are progressively switched off as we age. This new study found that these splicing genes can be turned back on with chemicals, making senescent cells look and act more like younger cells.

Chemical compounds based on a substance naturally found in red wine, dark chocolate, red grapes, and blueberries were added cells in culture. The researchers found it didn’t take long for cells to start behaving like young cells and begin dividing.

“This is a first step in trying to make people live normal lifespans, but with health for their entire life. Our data suggests that using chemicals to switch back to the major class of genes that are switched off as we age might provide a means to restore function to old cells,” said Professor Lorna Harries.

This discovery could potentially lead to new therapies that will help people age better. Aging affects the quality of how our genes provide instruction for cell replication. When our cells lose the ability to correctly regulate the output of their genes, the susceptibility to disease increases exponentially.

“This demonstrates that when you treat old cells with molecules that restore the levels of the splicing factors, the cells regain some features of youth. They are able to grow, and their telomeres—the caps on the ends of the chromosomes that shorten as we age—are now longer, as they are in young cells. Far more research is needed now to establish the true potential for these sort of approaches to address the degenerative effects of aging,” Professor Harries added.