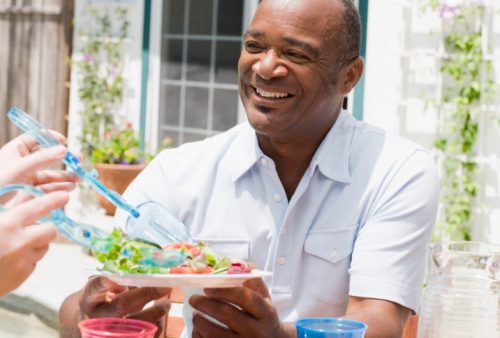 There is a never-ending struggle to stay fit and healthy. We try our best to eat the right foods in the appropriate amounts, yet we still find it hard to stay on track. Our main goal for eating better is to keep our body performing at its optimum condition for as long as it can. There is no doubt that everything comes to an end at some point. However, we do as much we can to prolong the inevitable.

New research into the study of aging has made an interesting discovery. It may not only be what we eat but the amount we eat as well.

Researchers at Duke University found that middle-aged adults showed slower biological aging when they reduced their calorie intake. Previously, it was observed that calorie restriction slowed aging in worms, flies, and mice. This recent study aimed to see whether these results transferred to humans.

“Biological aging is the gradual and progressive deterioration of systems in the body that occurs with advancing chronological age. If we can intervene to slow the rate of biological aging, it may be possible to prevent or at least delay onset for many age-related diseases and disabilities,” said study author Daniel Belsky, an assistant professor of medicine at Duke University.

The study in question involved 145 participants who, over two years, achieved a 12 percent reduction in calorie intake. A control group was also observed over the same time with no calorie restriction.

“Ours is the first study to test if caloric restriction can slow measured biological aging in humans in a randomized setting. Our findings suggest a template for developing and evaluating therapies designed to mimic the effects of caloric restriction to ultimately prevent chronic diseases,” Belsky said.