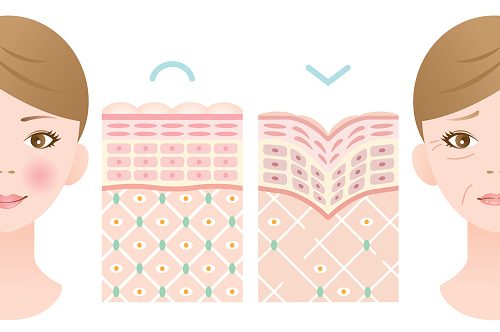 Many people are in the pursuit of a more youthful appearance. Because of that, there are many items on the market that claim to restore aging skin, but they usually fall short.

However, scientists have found new evidence that a common antioxidant can combat anti-aging effects, and the best part is that the results are not temporary.

The antioxidant being studied is called methylene blue and it appears to make fundamental long-term changes to skin cells. Methylene blue is commonly used today to treat a condition called methemoglobinemia, which leads to a reduced ability of red blood cells to release oxygen to tissue. The antioxidant has also been used to treat cyanide poisoning in the past.

To come to this conclusion, the researchers tested the antioxidant for four weeks on skin cells from middle-aged healthy donors and from donors who had been diagnosed with progeria—a rare genetic disease that is known to accelerate the aging process. To help gauge the effects of methylene blue, three other known antioxidants were tested against it.

Wanting to explore these results further, the researcher’s experimented on donor cells from subjects 80 years or older for another four-week period.

Amazingly, these older cells were also seen to exhibit a range of improvement.
“I was encouraged and excited to see skin fibroblasts [collagen producing cells], derived from individuals more than 80 years old, grow much better in methylene blue-containing medium with reduced cellular senescence markers [indicator of cellular aging]. Methylene blue demonstrates a great potential to delay skin aging for all ages,” said Zheng-Mei Xiong, lead author of the study and an assistant research professor of cell biology and molecular genetics at the University of Maryland.

Further testing was done on simulated human skin. This consisted of a 3D model made of living skin cells that included all the major layers and structures found on a typical person.

Experiments on this more true-to-life model showed that methylene blue causes little to no irritation, even at high concentrations.

“We have already begun formulating cosmetics that contain methylene blue. Now we are looking to translate this into marketable products,” said Kan Cao, senior author on the study.