Home » General Health » Another Reason Why You Shouldn’t Smoke 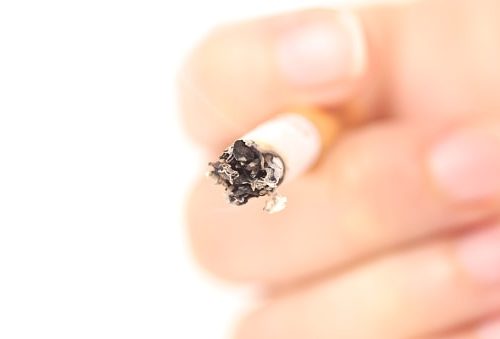 Smoking has been found to damage your body’s muscles, making you weaker. Muscle weakness is problematic because it can increase the risk of falls and disability.

Smoke from cigarettes directly reduces the number of blood vessels in leg muscles and limits oxygen, which muscles need.

Previous studies pointed out that smoking makes muscles weaker because your lungs become full of smoke, which reduces your ability to exercise. Other research has found that smoking causes arteries to shrink, which limits the flow of oxygenated blood around the body and causes it to work harder. This is the first study of its kind to show a direct relationship between cigarette smoke and the muscles.

Due to the number of capillaries available, there is a reduction in blood flow to the muscles, which means less oxygen and nutrients.

The researchers were unable to pinpoint which of the 4,000 chemicals found in cigarette smoke were responsible for the weaker muscles, so it’s probably better to simply quit smoking to avoid all of those chemicals.

Alternative studies found that exercising your leg muscles could help boost grey matter in the brain, which is necessary for a healthy brain. If you’re a smoker, developing your leg muscles will be a greater challenge, meaning you’ll be putting your brain at risk too.

This is just one of the many different reasons you should quit smoking because having weak muscles is far more detrimental than you think.