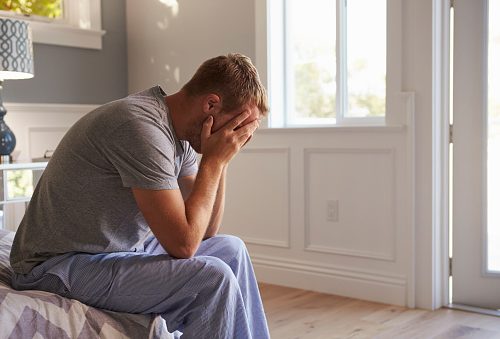 “On this real-world, U.S. claims-based study, patients with ankylosing spondylitis were shown to have significantly more comorbidities than matched controls,” the researchers write in the published study.

The researchers noticed a significant increase in the incidence of certain comorbidities in the ankylosing spondylitis patients when compared to the controls. The comorbidities the ankylosing spondylitis patients showed the highest inclination toward developing included asthma, cardiovascular diseases, depression, dyslipidemia, gastrointestinal ulcers, malignancies, multiple sclerosis, osteoporosis, sleep apnea, spinal fracture, inflammatory bowel disease, psoriasis, and uveitis (inflammation in the uvea, the middle layer of the eye).

AS Associated with Increased Risk of Comorbidities

Asthma, depression, gastrointestinal ulcers, sleep apnea, and venous thromboembolism were twice as common in the ankylosing spondylitis patients. There were no differences between the AS participants and the controls in regard to increased risk of peripheral vascular disease, diabetes, and Parkinson disease.

There were also noted differences between the male and female patients in the study. The female participants with ankylosing spondylitis showed an increased incidence of asthma, depression, and osteoporosis. The male ankylosing spondylitis patients were more likely to suffer from cardiovascular disease, dyslipidemia, hypertension, malignancies, sleep apnea, and spinal fracture.

This study provides a correlational basis for the belief that ankylosing spondylitis patients are at a higher risk level of developing the comorbidities discussed here, compared to people without the condition. Future studies will be required in order to establish a causational understanding of the relationship.