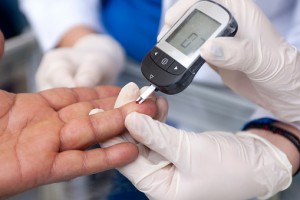 This past week, there was the American Diabetes Association Alert Day, and in order to inform our readers about diabetes, we have compiled our stories to provide you with a diabetes 2016 update, covering type 2 diabetes, gestational diabetes, and prediabetes.

Diabetes is a growing problem in America and yet it is a preventable health condition. The more you know about diabetes the better you can work to prevent it.

Diabetes 2016 update: 382 million diabetics worldwide and 13 million California adults have prediabetes, which is a preventable precursor to diabetes.

Diabetes is a global health problem. To address the many issues surrounding diabetes, experts worldwide have come together to offer recommendations on optimizing global diabetes care, which may help tackle the diabetes epidemic. The recommendations were published in the special issue of the Annals of Global Health.

Issue editor Jeffrey I. Mechanick explained, “The multi-faceted nature of diabetes requires an assessment of lifestyle, behavior, genetics and epigenetics, and the intrauterine environment. The problems of one country are not only relevant for that country; information gleaned from a portfolio of countries may generate emergent ideas to solve the complex diabetes problem globally.”

“Not surprisingly, diabetes prevalence rates are increasing the most in rural and low-middle income areas. Cultural differences also have an influence. The lack of guidelines for different target populations and also the interaction of acculturation to Westernized lifestyle with a genetic susceptibility, especially in aboriginal populations, is of concern.

Clearly, understanding the effects of one culture in one country can assist diabetes care for patients of the same culture but in another country,” added Dr. Mechanick. Continue reading… 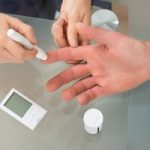 Risk of type 2 diabetes is linked to Staphylococcus aureus (staph) bacteria. The research comes from Patrick Schlievert from UI Carver College of Medicine, where he and his team found that a toxin produced by staph bacteria caused rabbits to develop symptoms commonly found in type 2 diabetes, including insulin resistance and systemic inflammation.
Schlievert said, “We basically reproduced Type 2 diabetes in rabbits simply through chronic exposure to the staph superantigen.”

The findings suggest that by targeting staph bacteria, there is a potential to prevent type 2 diabetes or even better – to treat it.

A known factor for type 2 diabetes, obesity also changes the gut microbiome. Schlievert added, “What we are finding is that as people gain weight, they are increasingly likely to be colonized by staph bacteria—to have large numbers of these bacteria living on the surface of their skin. People who are colonized by staph bacteria are being chronically exposed to the superantigens the bacteria are producing.”

Previous research from Schlievert found that superantigens disrupt the immune system and are responsible for deadly effects of staph infection.

“I think we have a way to intercede here and alter the course of diabetes. We are working on a vaccine against the superantigens, and we believe that this type of vaccine could prevent the development of Type 2 diabetes,” Schlievert added.

The team is now testing a topical gel intended to kill off staph bacteria from the skin and measure glucose levels in pre-diabetics to see if there’s any improvement. Continue reading… 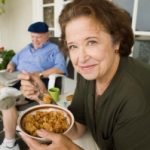 The randomized trial, carried out in the Czech Republic, looked at 54 subjects, all with type 2 diabetes and taking oral medication as part of their treatment plan. The study group included both men and women, aged 30 to 70, who followed one diet for 12 weeks before switching to another diet for another 12. The two diets had the same calorie content that included plenty of fiber, and identical breakdowns of macronutrients like carbohydrates, fats and protein. The one major difference between the two diets was, one involved eating six small meals each day and the other included just two large ones.

The study subjects who ate six meals a day ate breakfast, lunch, dinner and three small snacks in-between. Those who ate two meals daily consumed only breakfast in the morning and lunch in the afternoon, not eating past 4 p.m. each day.

The study group was split in half, with one group starting with the six-meal diet and the other the two-meal diet. After 12 weeks, the two groups switched. All participants were asked not to change their exercise habits during the study. Continue reading… 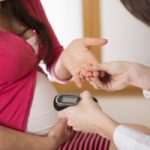 Gestational diabetes is a type of diabetes that only occurs during a woman’s pregnancy, although data shows that it can turn into type 2 diabetes after a person gives birth.

Your body needs glucose for energy, but too much glucose in the blood is not good for a baby. If you have blood sugar that is too high then you have diabetes. Gestational diabetes is typically diagnosed during the late stages of a pregnancy. Those who are diagnosed early in their pregnancy may in fact have had the medical problem before they even became pregnant. 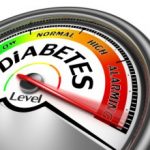 Researchers with the nephrology department at University Hospital of North Norway believe that kidney damage occurs with prediabetes. They studied over 1,300 patients and identified 595 with prediabetes. They adjusted for lifestyle factors such as medications and discovered that those with the condition had early signs of kidney damage, including high levels of the protein albumin in their urine.
The team stated that the pathological process of kidney damage created by elevated blood glucose levels seemingly starts in prediabetes “well before the onset of diabetes”.
Normal blood sugar levels are important to good kidney health. Diabetic kidney damage takes place when high blood sugar levels are chronic. Data shows that diabetes is the leading cause of kidney disease and kidney failure.

People who experience kidney failure need to either go on dialysis, a treatment that artificially filters their blood, or must get a kidney transplant. Diabetic kidney damage, and ultimately kidney failure, happens over a period of years. As the disease develops, small amounts of the protein albumin begin to leak into the patient’s urine. The greater the leak, the more the disease progresses. Kidney failure typically begins 15 to 25 years after the diabetes.

According to officials with the National Kidney Foundation, more than 470 million Americans are expected to have prediabetes by 2030. The authors of the Norwegian study suggest prediabetes be a stage for early intervention, including changes to diet and introduction of exercise programs to prevent serious kidney damage from diabetes. Continue reading…