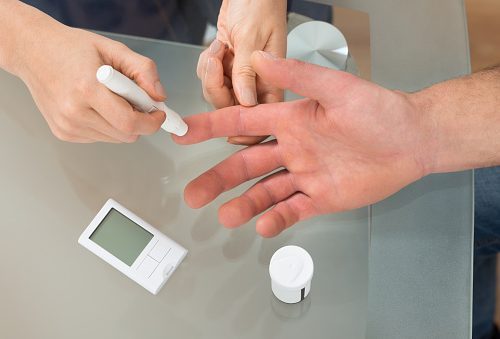 Risk of type 2 diabetes is linked to Staphylococcus aureus (staph) bacteria. The research comes from Patrick Schlievert from UI Carver College of Medicine, where he and his team found that a toxin produced by staph bacteria caused rabbits to develop symptoms commonly found in type 2 diabetes, including insulin resistance and systemic inflammation.

The findings suggest that by targeting staph bacteria, there is a potential to prevent type 2 diabetes or even better – to treat it.

A known factor for type 2 diabetes, obesity also changes the gut microbiome. Schlievert added, “What we are finding is that as people gain weight, they are increasingly likely to be colonized by staph bacteria—to have large numbers of these bacteria living on the surface of their skin. People who are colonized by staph bacteria are being chronically exposed to the superantigens the bacteria are producing.”

Previous research from Schlievert found that superantigens disrupt the immune system and are responsible for deadly effects of staph infection.

“I think we have a way to intercede here and alter the course of diabetes. We are working on a vaccine against the superantigens, and we believe that this type of vaccine could prevent the development of Type 2 diabetes,” Schlievert added.

The team is now testing a topical gel intended to kill off staph bacteria from the skin and measure glucose levels in prediabetics to see if there’s any improvement.

Staph bacteria are commonly found on the skin, nose, and other places of the body. Staph bacteria can be found in everyone, even healthy people, but sometimes they can lead to infection, and staph carriers can pass it on person-to-person.

If staph enters a cut, wound, pimple, or open sore, it can enter the body and begin affecting the blood, bones, and joints. Organs, too, can become affected by staph, and this can become life-threatening.

There are a few things you can do in order to prevent catching or spreading staph:

Athletes are prone to staph infection as well, so it’s important to always shower soon after exercise, avoid sharing sports equipment, and avoid using shower areas that appear dirty. If you do use common shower areas, make sure you have your own towels and wear water slippers.

Treatment of staph typically involves the use of antibiotics, cleaning and draining the wound, or removing an infected device.

By following these preventative measures, you can lower your risk of complications associated with staph bacteria.

Osteomyelitis, staph bone infection, can be treated with new model

Osteomyelitis, staph bone infection, may be treated with a new model discovered in previous research. Osteomyelitis is an infection of the bones caused by Staphylococcus aureus, which reaches the bones through the bloodstream or nearby tissue. If the bone itself is permeated by germs, it can become infected. Continue reading…