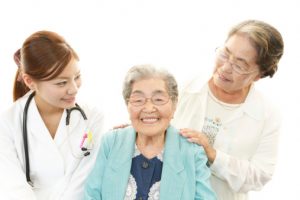 Some very unsettling numbers were released by the Alzheimer’s Association: In the United States, one in six women over the age of 65 will get the illness.

Alzheimer’s is the most common form of dementia, the degeneration of brain and memory function that becomes serious enough to interfere with daily life.

The association’s “2014 Alzheimer’s Disease Facts and Figures Report” attributes this alarming figure to a number of factors, but primarily because the disease is under-reported. People assume the symptoms are just part of the aging process, and they don’t alert their doctor.

According to the Mayo Clinic, sometimes the only early sign of Alzheimer’s is mild confusion which, over time, could lead to increased problems with memory, speech patterns and disorientation. These symptoms, if overlooked, can lead to delusional behavior and severe mood swings.

Alzheimer’s disease is the sixth leading cause of death in the United States alone and, of the five million Americans living with the illness, a significant 3.2 million of them are women. “Despite being the nation’s biggest health threat, Alzheimer’s disease is still largely misunderstood. Everyone with a brain – male or female, family history or not – is at risk for Alzheimer’s,” says chief strategy officer of the Alzheimer’s Association, Angela Geiger.

RELATED READING: Your Steak Dinners May Be Putting You At Risk For Alzheimer’s

The report numbers suggest we’re no closer to getting a handle on the disease than we were seven years ago. The Association’s inaugural report in 2007 cited 4.9 million Americans aged 65 and older had the disease.

In spite of the vague symptoms, there is also a general misunderstanding of the disease: 24 percent of both men and women say they thought Alzheimer’s was hereditary; if it doesn’t run in the family, you’re not at risk.

Harvard Health Publications, in the report “Improving Memory: Understanding and Preventing Age-Related Memory Loss,” states that early intervention and prevention is key to managing the disease.

Not surprisingly, healthy diet and exercise top the list regarding prevention tactics – but people concerned about Alzheimer’s should also watch the length and quality of sleep they are getting. Smokers should also take note and kick the habit; good lung function is often seen in people who also have a good memory.

One of the most important prevention tactics to maintain strong memory and brain function is to keep yourself as mentally active as possible. Make puzzles a part of your life, along with reading, keeping up with current affairs, and conversations with friends and family.

This might seem simple enough, but the recent numbers tell a different story. Alzheimer’s is seen in a staggering amount of women and men alike (men have fared slightly better according to the 2014 Alzheimer’s Association report with 1 and 11 getting the disease). And we’re going to pay for it, literally. The total national cost of caring for people with Alzheimer’s is projected to reach $214 billion in 2014; there more people than ever getting the disease, and increasingly less people likely to report it. Prevention, early intervention and a general awareness could be the difference in the quality of life of many Americans moving forward.

There is a silver lining. A new study out of Georgetown University, published in Nature Medicine, details a new blood test that can predict with 90% accuracy whether an individual could develop Alzheimer’s (or any cognitive decline) within the next three years. The study could mean that individuals with the potential for the disease, their families and their caregivers have a better chance to plan the proper treatment and care.

Howard Federoff, head of the research team for Georgetown University Medical Centre, says, “The pre-clinical state of the disease offers a window of opportunity for timely disease-modifying intervention, and biomarkers defining this asymptomatic period are critical for successful development and application of these therapeutics.”

News like this needs all the attention it can get, especially after the World Health Organization has released some equally upsetting statistics: 7.7 million new cases of dementia are seen each year, suggesting that there is a new case of dementia somewhere in the world every four seconds.