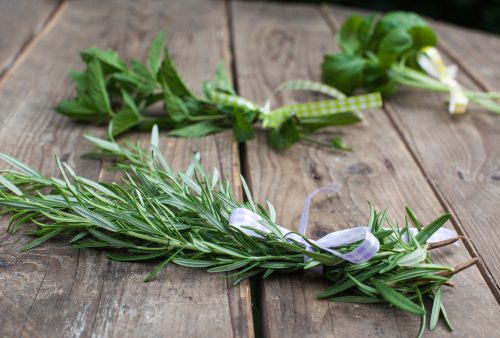 What if the extracts of common herbs could aid in the prevention of Alzheimer’s disease?

There’s no known cure for the disease and prevention is key, as the numbers of people affected are on the rise.

It’s the sixth leading cause of death in the United States, with more than five million Americans living with Alzheimer’s disease. In fact, the number of people over the age of 65 that will be affected by Alzheimer’s disease may almost triple by 2050, unless there is a scientific breakthrough which will help to prevent, slow or halt the debilitating disease.

Researchers at Saint Louis University have found antioxidant extracts from spearmint and rosemary appear to help prevent mild cognitive impairment which may aid in preventing Alzheimer’s disease. The findings from this research were presented by Susan Farr, Ph.D., at Neuroscience 2013 in San Diego, California, the annual convention for thousands of neuroscientists from around the globe.

RELATED READING: Why Are So Many Dementia Cases Escaping Diagnosis?

Should we be eating more spearmint and rosemary? More research is needed with human trials, Ms. Farr says. Her team conducted a lab experiment on mice which tested a new antioxidant ingredient made from spearmint and two different doses of a similar antioxidant from rosemary extract.

In addition, the compounds helped slow age-related mental decline by reducing oxidative stress in the area of the brain that is responsible for memory and learning. Mild cognitive decline, including memory loss, is a precursor to Alzheimer’s disease.

To note, the study was supported by the VA Medical Center in St. Louis and was conducted in co-operation with Kemin Industries, a company that manufactures vitamin and dietary supplements that can be added to food to provide health benefits.

Alzheimer’s disease is the most common form of dementia, accounting for between 50 and 80 percent of all dementia cases, with the majority of affected individuals being over the age of 65. Alzheimer’s disease results in memory, thinking and behavior problems.

Usually symptoms of Alzheimer’s disease develop slowly and worsen over time to the point where they interfere with an individual’s ability to carry out everyday tasks. There are many treatments that help to control the symptoms, and more in development as Alzheimer’s continues to be a research focus.