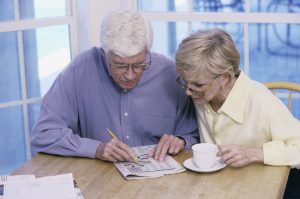 Patricia A. Broderick, Editor-in-Chief of Journal of Caffeine Research, said, “To say that strategizing medicines to treat Alzheimer’s disorders is important is an understatement. Moreover, to say that caffeine is just an ordinary staple in our lives, whether caffeine is part of coffee or a chocolate bar, is also an understatement.”

There are ways to reduce one’s risk of developing Alzheimer’s disease, and a study published in the Journal of Alzheimer’s Disease has discovered that a high daily intake of caffeine is one of them.

Diagnostic guidelines allow doctors to identify Alzheimer’s disease in its earlier stages before it completely develops. It is estimated that 10 million Americans fall into one of the three pre-Alzheimer’s stages, and this number is on the rise. Mild cognitive impairment, or MCI, is one of the pre- Alzheimer’s stages, and it is used to describe patients who have some Alzheimer’s pathology in their brains, who experience a degree of short-term memory loss, and who are likely to develop dementia within three years. The study was conducted by researchers from the University of Miami and the University of South Florida, and it included 124 MCI participants over the age of 65 from Tampa and Miami.


Caffeine as a preventive factor in dementia and Alzheimer’s disease

It should be noted that coffee appeared to be the primary if not the only source of caffeine for the study participants, and other caffeinated beverages may not produce the same dementia-preventing effects. According to USF’s study authors Dr. Cao and Dr. Arendash, caffeine appears to act synergistically with a certain component of coffee, and when consumed together, they increase blood levels of a growth factor that is suspected to halt the dementia process. In addition, previous studies done on mice found that caffeine alone did not produce the same dementia-reducing effects as caffeinated coffee did.

“Moderate daily consumption of caffeinated coffee appears to be the best dietary option for long-term protection against Alzheimer’s memory loss,” states study coauthor Dr. Arendash. “Coffee is inexpensive, readily available, easily gets into the brain, and has few side effects for most of us. Moreover, our studies show that caffeine and coffee appear to directly attack the Alzheimer’s disease process.” However, study lead author Dr. Chuanhai Cao, a neuroscientist at the USF College of Pharmacy and the USF Health Byrd Alzheimer’s Institute, cautions, “We are not saying that moderate coffee consumption will completely protect people from Alzheimer’s disease. However, we firmly believe that moderate coffee consumption can appreciably reduce your risk of Alzheimer’s or delay its onset.” In addition, “these intriguing results suggest that older adults with mild memory impairment who drink moderate levels of coffee — about three cups a day — will not convert to Alzheimer’s disease — or at least will experience a substantial delay before converting to Alzheimer’s.”