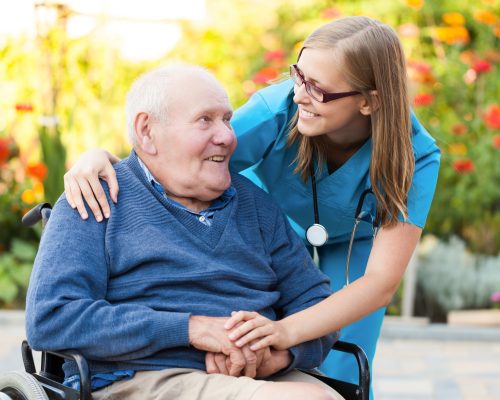 How’s this for unsettling…

Alzheimer’s disease is an illness that causes the brain cells to deteriorate. As a result, mood, behavior and memory decline. More than five million Americans are living with this form of dementia. A cause for real concern though is that some of them have been misdiagnosed.

Statistics show that every 67 seconds, someone in the United States develops Alzheimer’s disease. Most of us have heard of Alzheimer’s, but have you heard of dementia with Lewy bodies? Lewy Body Dementia (LBD) is the second-most common form of degenerative dementia in the elderly affecting an estimated 1.3 million people in the U.S.

Medical experts warn that Alzheimer’s and LBD share some of the same symptoms and therefore can often be mistaken. The problem with this, according to officials with the Lewy Body Dementia Association, is that unlike Alzheimer’s disease, patients with undiagnosed LBD could be exposed to medications that can harm them. A misdiagnosis can also delay the management of symptoms that can improve quality of life for people who suffer from LBD.

The association’s report, “Caregiver Burden in Lewy Body Dementias,” states nearly 80 percent of people with LBD received a diagnosis for a different cognitive, movement or psychiatric disorder before ultimately learning they had LBD – 50 percent of the time for those sufferers, the original diagnosis was Alzheimer’s.

When you have Alzheimer’s disease, there is a long list of symptoms you could experience, and some of them are very vague. Symptoms include forgetfulness, difficulty completing familiar tasks, confusion with time and place, difficulty writing and difficulty understanding visual images. People who suffer from LBD can also experience these same symptoms, prompting the misdiagnosis. Judgment can be impaired if you suffer from Alzheimer’s or LBD and depression can quickly set in.


How To Identify Lewy Body Dementia

Lewy bodies are tiny deposits of protein in nerve cells. At this point, researchers don’t really understand why they appear in the brain or how they lead to dementia. They do know that Lewy bodies are the underlying cause of a number of progressive diseases that impact the brain and nervous system, particularly dementia and Parkinson’s disease.

Doctors have come to the conclusion that the symptoms in each person depend on where the Lewy bodies are located in the brain. When they are in the base of the brain, the patient tends to have movement problems, like Parkinson’s patients do, in addition to symptoms that are similar to Alzheimer’s. Interestingly, about one-third of people with Parkinson’s disease eventually develop dementia.

When the Lewy bodies are in the outer layer of the brain, the patient tends to have more problems linked with mental abilities, which are typical of Alzheimer’s and dementia illnesses.

RELATED READING: Your Steak Dinners May Be Putting You At Risk For Alzheimer’s

More signs to watch for: As LBD progresses, many people experience hallucinations. They might see animals or objects that aren’t really there. They also can have hearing problems. They might hear sounds such as knocking or footsteps that are not real. Their own walking can be stooped and unbalanced; symptoms common in those with Parkinson’s. At night, violent movements can be common.

When any form of dementia is suspected, the Lewy Body Dementia Association recommends a comprehensive examination. The doctor will talk to the patient, as well as someone who knows them really well, to discuss medical history, symptoms, how their lifestyle has changed, and any medications the person is taking. The patient will undergo mental ability tests that will include visual components such as drawing. A neurological examination that looks at reflexes and balance is also part of a thorough exam.

Experts stress that following a detailed examination it is important to do regular, frequent follow-ups since the symptoms can progress. This, in turn, will lead doctors to a more specific diagnosis or in some cases a different, more accurate diagnosis.

Let the warning signs of dementia be your guide – and be proactive about seeing a doctor for proper diagnosis and treatment.