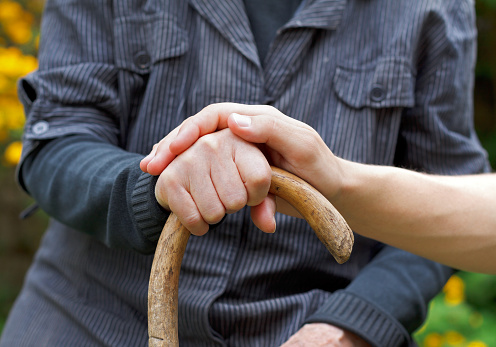 Dementia is a chronic neurodegenerative condition that leads to difficulty remembering recent events and problems with language, behavioral issues, and difficulties with self-care. Nearly 70 percent of all cases of dementia are caused by Alzheimer’s disease. An estimated 5.1 million Americans are affected. According to a new report by the Centers for Disease Control and Prevention (CDC), deaths due to Alzheimer’s have jumped by 55 percent between 1999 and 2014.

Suffering from Alzheimer’s disease is quite debilitating. It not only affects the individual but also places a burden on the family and loved ones. Dementia patients are incapable of taking care of themselves. Managing finances, cooking meals, and even grocery shopping is extremely difficult for Alzheimer’s patients. They need constant supervision to help compensate.

“Alzheimer’s disease is a public health problem that affects not only people with Alzheimer’s disease but also the people who provide care to them, which is often family members,” said report author Christopher Taylor, an epidemiologist at the CDC.

Most Alzheimer patients are about 65 years old when diagnosed. Many of them are considered part of the “baby boomer” generation. Many of these patients choose to live at home, but they still require constant care. This puts emphasis on the need for more professional in-home caregivers. Most rely on family members to take care of them.

In the 16 years covered, it was reported that the number of deaths in the home increased from 14 percent to 25 percent.

“With more people dying at home, there is an increased need for caregivers, because in the late stages of Alzheimer’s. patients are completely dependent on caregivers. At home, a lot of times it’s done by friends and family,” added Tylor.
It is not hard to figure out why more families are choosing to keep their dementia-infected loved ones at home instead of a nursing home. The truth is that it is too expensive. These facilities are the ideal place for Alzheimer’s patients, as they would receive care around the clock. But this luxury is not covered by Medicare and would cost nearly $90,000 a year.

The trend of living longer has resulted in an increased aging population. Combined with a better diagnosis of Alzheimer’s disease, many medical experts expect for this death toll to continue to rise for the foreseeable future.

The priority right now is to find a cure for the disease and to figure out how to handle the economic burden.