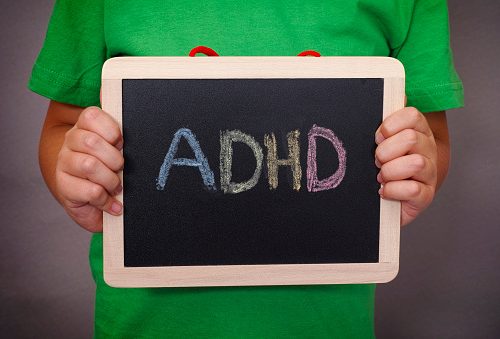 ADHD symptoms from childhood may persist due to high levels of parental criticism. Generally, symptoms of attention deficit hyperactivity disorder (ADHD) lessen with age, but for some children they do not as they may be reinforced by parental criticism.

Study lead author Erica Musser said, “Why ADHD symptoms decline in some children as they reach adolescence and not for others is an important phenomenon to be better understood. The finding here is that children with ADHD whose parents regularly expressed high levels of criticism over time were less likely to experience this decline in symptoms.”

Parents were asked to talk about their relationship with their child uninterrupted for five minutes while recorded, and experts evaluated these recordings by ratings of criticism and emotional over-involvement. Measurements were taken on two occasions one year apart. The researchers found that criticism was associated with continued ADHD symptoms.

Musser explained, “The novel finding here is that children with ADHD whose families continued to express high levels of criticism over time failed to experience the usual decline in symptoms with age and instead maintained persistent, high levels of ADHD symptoms.”

The American Academy of Pediatrics (AAP) set out new guidelines for diagnosis and treatment of ADHD. The new guidelines now offer diagnosis for children aged eight to 14, allowing for a much broader scope that previously did not exist.

Because there is no definite test such as blood testing to diagnose ADHD, diagnosis can be far more subjective. Pediatricians thus use questionnaires to measure if a child meets the guidelines set out in the Diagnostic and Statistical Manual of Mental Disorders, Fourth Edition.

Children with academic or behavioral problems along with inattention, hyperactivity, or impulsivity should be screened for ADHD.

Furthermore, symptoms should not be caused by another condition, like anxiety or sleep apnea.

The new guidelines recommend that ADHD be recognized as a chronic condition that is child-specific and treatment should be individualized to improve function, relationships, and school performance, decrease disruptive behaviors, promote safety, increase independence, and boost self-esteem.

In some cases, medications for ADHD are ineffective, so it is stopped and the children are left to fend for themselves. The new guidelines suggest that doctors should reevaluate the initial diagnosis, use all appropriate treatments, ensure the child is adhering to the treatment, and try to uncover any coexisting medical issues.

The AAP reassures parents that side effects are typically short-lived and do not affect the child’s growth. The research to evaluate medications is continuously underway.

A new study has found that girls with attention-deficit hyperactivity disorder (ADHD) are at a higher risk of becoming obese than girls without the condition. The Mayo Clinic conducted the study with 1,000 girls to uncover their findings. They suggest that girls with ADHD have double the risk of becoming obese. Furthermore, the researchers did not find that ADHD treatment contributed to the risk. Continue reading…

Cerebral palsy, ADHD, autism, and epilepsy may overlap in older children. The study that uncovered the findings looked at over 700,000 children from Norway and revealed that ADHD, autism, and epilepsy had significant occurrences by 11 years of age. Cerebral palsy was also found in high occurrence in children over the age of four. Lastly, boys had a higher risk of these conditions compared to girls. Continue reading…