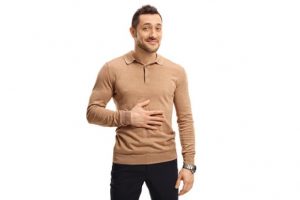 Talk to anyone you know and they’ll probably have some complaint about their digestion. Whether it’s bloating, an upset stomach, or heartburn, it seems that everyone’s suffering. With a rise in digestive woes, there’s a lot of information that’s circling, but unfortunately, not all of it is true.

Below you will find some common digestive myths debunked so that you’ll finally learn the truth and stop believing the rubbish that’s out there.

Diarrhea is a sign of infection and you should let it pass: We have all experienced diarrhea at some point. It has a variety of causes, including viruses, bacteria, anxiety, food allergies, and digestive conditions like IBS. Whatever the cause is, you shouldn’t let it “run its course.” You need to have it treated right away to prevent complications.

You need a colon cleanse: Your body is well equipped to cleanse itself, so you don’t need to venture off to undergo colonics or only consume juices for days on ends. There currently isn’t any evidence to suggest that colon cleansing offers health benefits. It can actually be dangerous to undergo if you have a condition like diverticulitis, inflammatory bowel disease, blood pressure, kidney problems, or another infection.

Sitting on the floor causes hemorrhoids: Sitting for prolonged periods of time does increase the risk of hemorrhoids, but the surface that you sit on doesn’t increase your risk. Other causes of hemorrhoids include lack of fiber in the diet and constipation.
IBS and IBD are the same thing: Irritable bowel syndrome (IBS) and inflammatory bowel disease (IBD) are not the same thing. Where IBD leads to inflammation of the gut, IBS is considered a functional bowel disorder.

You should pass stool at least once a day: There isn’t an exact definition of how often we should have a bowel movement. Many of us will go at least once a day, while others go once every two to three days. There are many factors behind this including diet and physical activity. As long as you don’t experience other symptoms as a result of your bowel movements, your schedule is fine.

A gurgling stomach means you’re hungry: A stomach that is gurgling doesn’t always mean it needs to be fed. Sometimes, movement in the stomach and intestines can lead to sounds. It just means that food and waste are moving its way through the system and not that it needs more food.

Chewing gum sits in your stomach for seven years: This is a long-time myth that you probably heard when you were a child. Like all the other items gum goes through the same digestive process, which means it will be removed from your body in a couple of days.

These are just some common myths that surround digestion. If you’re ever unsure about your digestion or have questions or concerns, you should speak to your doctor.

Improve your digestion with these foods