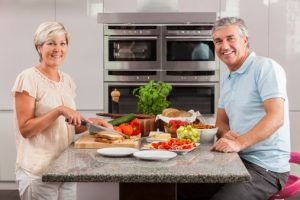 Schooled in the ancient secrets of the womanly arts, mothers wisely pass down to daughters what was so helpfully passed down to them: the way to a man’s heart is through his stomach. As luck would have it, recent research seems to suggest that the same is true of women.

6 SEXUAL FOODS TO FIRE UP YOUR LIBIDO

While this discovery earns food science a unanimous eye roll from female chocoholics worldwide, it does provide hope for millions of confused and frustrated men still fumbling around in the sexual dark ages of flowers, flattery, and French maid uniforms. For these studies have revealed that the quickest way into a woman’s heart – and regions beyond – lay not in love letters or in lingerie. Rather, it may just lie in the local grocery store. 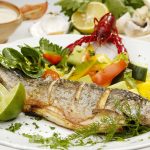 Fish, such as wild salmon and herring, are rich in both zinc and omega-3 fatty acids. While high-zinc foods are traditionally recommended for body fluid production and prostate function in men, they are also vital for women’s sexual health. Zinc is involved in the production of sex hormones and supports adrenal functions, which help combat stress and increase stamina. Omega-3 fatty acids aide in cardiovascular health, decrease triglycerides, and have a hand in dopamine production, a feel-good chemical released in our brains. Ellen Kamhi, Ph.D., R.N., H.N.C., notes that the highly nutritive properties of mineral-rich seaweeds also support sexual function, such as kelp, nori, kombu, and dulce. As natural sources of iodine, they support thyroid function and thereby help to improves desire and sexual performance. So next time your partner is feeling a bit erotic, suggest some couples’ sushi rolling, feed eachother some miso soup, or experiment with a little seaweed body wrapping. 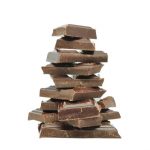 Women world-wide breathed a collective sigh when The Journal of Sexual Medicine reported that those who consumed one cube of dark chocolate (70% cocoa or higher) daily reported significantly improved sexual desire and function versus the control group (476-482). Rich in phenylethylamine, a chemical that stimulates the brain’s pleasure center, as well as flavanoids that improve circulation, chocolate could be just what the sexual therapist prescribes when you need a little provocative pick-me-up.

Ava Cadell, Ph.D, reports that raw celery may contain a compound similar to androsterone, a male hormone that triggers female attraction when released from the sweat glands. Dr. M. Anderson and Dr. W. Gaman have dubbed this phallic finger food as “Vegetable Viagra”. Scrub, cut into sticks, tuck in some heart-healthy cashew butter, and indulge in this sexual snack on a sultry afternoon. 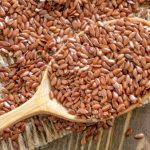 Most potent in their freshly ground-up form, flax seeds are one of the richest sources of lignans, powerful phyto-estrogens that help to balance out female hormones, counteract the symptoms of menopause, and help prevent breast cancer. Increasing energy and stamina, flaxseeds are also abundant in magnesium, helping to soothe stressed nerve cell activity that may lead to headaches (in case you really did have one). Grind up a tablespoon of these potent seeds in a coffee grinder, and sprinkle on salads or a shared ice cream sundae. 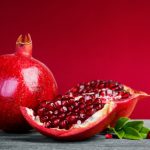 MindLab International, at the University of Sussex, found an increase in sexual drive in both men and women after the consumption of pomegranate seeds.  These juicy jewels are rich in vitamin C, bioflavonoids and antioxidants, which support sperm motility, fertility, and significantly increase the sexual interest of both men and women, according to the study.  You can slowly tongue pomegranate seeds off of a bed of baby spinach. Or you can just spread a whole pomegranate wide open with reckless abandon and move in for a raw, juicy mouthful. To each their own preferences. 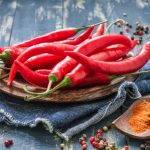 Chili peppers, curry, and other spicy foods contain a phytochemical called capsaicin, which can stimulate sexual arousal by triggering the release of feel-good endorphins and speeding up the heart rate. In fact, MindLab International found that men were even more sexually aroused by a spicy meal than they were after a passionate kiss from their partners. So skip the fine dining on your next romantic outing, and head over to the local Mexican food stand instead. Spoon feed each other from a bowl of hot Mexicana chili with a side of spicy enchiladas…the two of you may not make it to the next course….