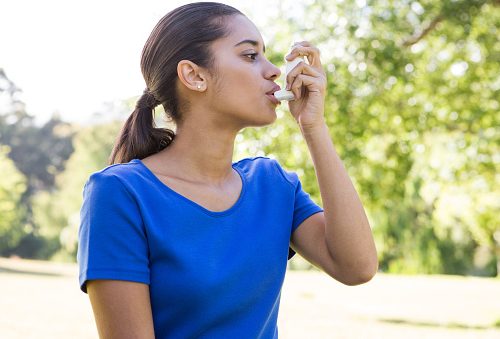 Research from Concordia University in Montreal unveiled that 30 minutes a day of exercise can improve asthma symptoms. Millions of individuals suffer from asthma, and reports show many of them do not have proper control of it. Daily, year-round exercise can offer better control of symptoms for asthma sufferers.

Asthma is a respiratory condition that makes it more difficult to breathe. There are many triggers, such as allergens, respiratory infections, air pollution, cold air, smoke, stress and certain medications. Unfortunately, there is no cure.

Researchers analyzed exercise habits of 643 asthma patients. Their results revealed that those who engaged in more physical activity were two and a half times more likely to have better control of their condition when compared to those who did not exercise.

Exercise has often been discouraged for asthma sufferers because it may be a trigger for asthma attacks; however, Bacon suggests that as long as precautionary measures are taken it is still safe.

Bacon added, “The issue of exercise-induced bronchospasm is real – but if you use your reliever medication, blue puffer, before you exercise, and then take the time to cool down afterwards, you should be okay. Even if you have asthma, there’s no good reason not to get out there and exercise.”

“Our study shows that those who were able to engage in physical activity on a regular basis year-round benefit most. It’s all about being creative and finding environments where the cold doesn’t become an issue.” Bacon also suggests that doctors should be prescribing exercise for asthma patients as a form of treatment along with inhalers.