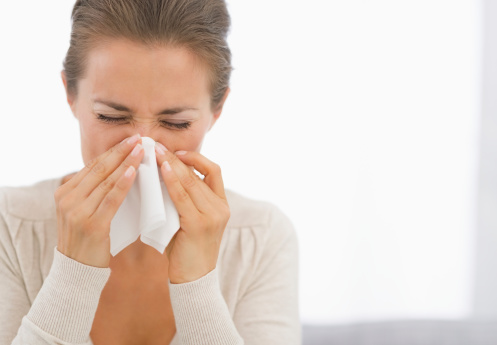 Scientists have known for a long time that gut bacteria plays an important role in our digestive health; however, now there is more evidence that it influences many different aspects of our well-being, including our asthma risk.

The majority of research conducted on gut bacteria shows that people who suffer from diseases such as inflammatory bowel, irritable bowel and allergies have microbiota that are different to that of healthy people. They have not been able to say for certain if the gut make-up is the cause of the disease or if it changes as a result of the disease. Some of the latest research in this area suggests that a lack of certain gut bacteria in the first three months after birth may put babies at a higher risk for asthma.

Link between gut bacteria and asthma starts from childhood 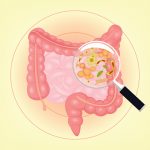 Researchers from BC Children’s Hospital in Canada discovered that asthma was the top reason for people going to the hospital. With this information in mind they decided to evaluate 319 children who were taking part in a national healthy-infant study to explore asthma and allergies. They used a special genetic technique to analyze fecal samples from children when they were three months old. Low levels of four different types of bacteria at three months were linked with children’s risk of asthma. The four types of bacteria were identified as: Faecalibacterium, Lachnospira, Veillonella and Rothia or – as the doctors refer to it – FLVR.

To test if the missing bacteria really were protective, the research team injected mice with the FLVR bacteria and discovered that airway inflammation improved in their offspring compared to those without the FLVR bacteria.

The researchers were pleasantly surprised with the results of their experiment. Asthma affects more than 300 million people worldwide, and they believe this could lead to supplementing children with bacteria to prevent asthma.

Although much more study is needed, doctors say one day they may be able to analyze newborns’ diapers to learn which babies are at a high risk for asthma.


Role of gut bacteria in allergies 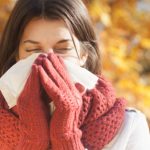 A lot of people suffer from both asthma and allergies. There seems to be an increase every year in the number of allergy cases. Whether it’s food, pets, insects or outdoor factors – millions of people around the world struggle with allergies.

A different microbiota have been found in infants who have allergies and in people who develop symptoms of allergies later in life. In allergic children, research shows that two different bacteria; Biflidobacterium and Lactobacillum development is delayed. Some studies show that perinatal injection of lactobacillia cut the development of eczema – an allergic skin reaction – in half during the first two years of life.

Medical scientists have discovered that certain strains of healthy gut bacteria are able to encourage the production of a growth factor in the body that can regulate the development of allergic type responses within the immune system. Many suggest that probiotics will strengthen the immune system and the gut to defend against allergies and asthma.

When a person has an asthma attack it can be overwhelming. The symptoms and triggers are different from person to person, but generally it can feel like your chest is tightening up, you can’t breath, you can’t stop coughing and you can hear yourself wheezing. In some cases the symptoms become rapidly worse. Below are some of the most common triggers for an asthma attack. 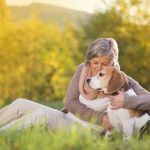 Other common triggers include smoke from fireplaces, infections due to the flu, bad weather and even overexertion during physical activity.

While these are the most frequent triggers for the majority of asthma sufferers, there are people who do experience other less common causes. For example, research shows that people who are prone to asthma and have a diet that is high in calories are more likely to have severe asthma symptoms. These sufferers end up taking more medication and more time off work due to their level of discomfort.

Sulfites give off sulfur dioxide, which can irritate the lungs. Preservatives, which are used to keep some food fresh and prevent the growth of mold, can trigger asthma in some people. Sulfites are common in processed foods, canned foods, dried fruits and many condiments. 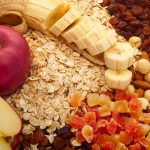 Research at Lausanne University Hospital in Switzerland indicates that high fiber diets help fight asthma. They tested three groups of mice; one with a low- fiber diet, one with a standard diet, and a third on a standard diet that was enriched with “fermentable fibers.” When the mice were all exposed to dust mites, the group on the lowest fiber diet had the strongest allergic reaction. The group of mice with the best defenses against allergens and asthma was the one fed a standard diet along with additional fiber.

The researchers say fiber first reaches the intestine and is fermented by bacteria. It is then transformed into fatty acids. These acids then enter the bloodstream and can influence our immune system. In the case of the mice, attracted by the house dust, immune cells wander into the lungs where they trigger a weaker allergic response.

If you have any of the symptoms mentioned above, such as wheezing, chest tightening or difficulty breathing, see a doctor to get a proper diagnosis. You may or may not have asthma, but whatever the case, there is no need for you to suffer. If it ends up being asthma, there are some natural remedies you can consider. For instance, some research suggest that ginger can help reduce airway inflammation and help improve airway contraction, making it easier to breathe. Some studies also suggest ginger can increase the muscle relaxing impact of certain asthma medications.

When some people experience an asthma attack they turn to mustard oil for comfort. They have discovered that massaging with the oil can help clear their respiratory passages to help with their breathing. They simply heat a little bit of the oil and rub it on their chest and upper back several times a day.

Some foods can also help if you suffer from asthma. Figs for example, can drain phlegm. It is suggested that you soak a few figs in warm water overnight. In the morning, eat the figs and the water on an empty stomach. Garlic has also been known to help some people who have asthma symptoms. The recipe says to simply boil two or three cloves in one- quarter cup of milk. Once it cools, drink it.

There are studies that show breathing in eucalyptus oil can be helpful. Some asthma sufferers put oil in a pot of water, boil it and breathe in the steam, while others burn eucalyptus candles or put eucalyptus oil on a paper towel and leave it by their bedside to breathe in at night.

For some Americans, asthma can be a minor frustration, but for others it can be a major problem that interferes with all aspects of daily living. In some cases it can be life threatening. According to the Asthma and Allergy Foundation of America, every day nine American deaths are linked to asthma. While asthma can’t be cured, it can be controlled. It’s true that we can’t wipe out the problem overnight; however, as the most recent research indicates, the number of cases just might be lowered with the proper gut bacteria.

For a healthy gut it all comes down to good gut flow and gut bacteria. Research continues to come to light about how our gut flora and bacteria affects other aspects of our health, like mood and weight. Continue reading…

Autumn is quickly approaching, bringing along seasonal allergies, and fall allergies can quickly become other health problems as well. Seasonal allergies are your immune system’s response to a foreign substance. Continue reading…