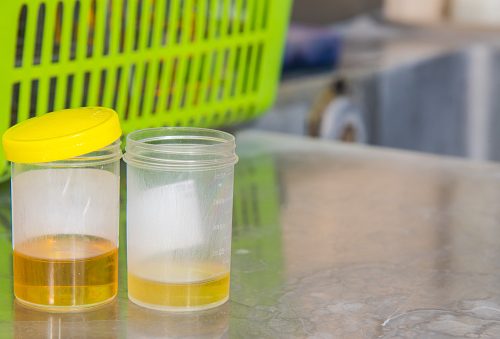 A Zika virus urine test and portable saliva test have been found to be highly effective in diagnosing patients quickly. The urine test proved to be more effective than the standard blood test, as particles of the virus remain for longer periods of time and in higher concentrations in urine than blood.

A urine test is also much easier to conduct and requires fewer resources, compared to drawing blood samples.

The researchers tested 66 persons in Florida with the blood and urine tests. Nearly twice as many urine tests correctly detected Zika virus, compared to the blood samples.

The urine test was also able to detect Zika two weeks after the symptom onset, whereas the blood test only works for up to one week. This is particularly useful for testing in areas where getting blood work done may not be possible within a week’s time.

The researchers are not suggesting that the blood samples be scrapped completely, but rather they recommend the use of both methods for diagnosis.

Saliva tests, costing as low as $2 each, will be available to test for Zika in the wake of the upcoming Olympic Games in Brazil. The saliva test is based on a recently uncovered stretch of genetic code that is nearly identical for various strains of Zika virus. The test checks the saliva sample for the specific sequence to determine whether a person has Zika. The results are ready within 40 minutes – a dye in the system turns blue indicating Zika virus infection.

The test has also shown to be successful even when low levels of the genetic sequence are present, which makes it highly effective, low-cost test.

Although the new urine and saliva tests have shown to be effective in Zika virus detection, avoiding mosquito bites as much as possible is still the most recommended course of action.

The Nebraska Regional Poison Center suggests that you protect yourself and your family from mosquitoes by following “the 3 Ds”:

An estimated 1.65 million childbearing women could become infected with Zika virus, according to the latest research. The researchers in the U.S. and the U.K. found that across Latin America and the Caribbean over 90 million infections could result from the initial stages of the spread of Zika. Continue reading…