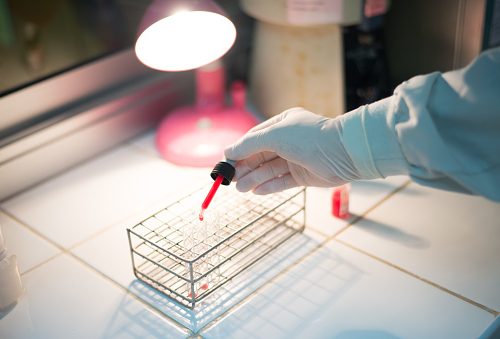 Zika virus poses the biggest health risk to pregnant women as it can lead to birth defects in the fetus.

For the experiment, the researchers infected mice with the virus, prompting the rodents to create antibodies. Six antibodies were identified. In subsequent studies, the mice were treated with either the most potent Zika-neutralizing antibodies or antibodies aimed to other mosquito-transmitted viruses. The animals were then exposed to Zika virus the following day. Mice who were given antibodies for other viruses developed high levels of Zika in their blood, lost weight, and died. Mice treated with Zika antibodies had lower levels of Zika and did not develop any clinical symptoms.

The question whether Zika-neutralizing antibodies could protect pregnant women is yet to be answered. Because of the differences between mice and humans, further testing needs to be conducted on other mammals, such as non-human primates.

Unlike other viruses, Zika leaves the body pretty quickly – within a week, in fact – so tracking the virus later on is challenging. You may not even find out you’ve been infected with Zika if you don’t develop any symptoms. Knowing whether viral infection did take place is critical for pregnant women and the health of their unborn baby. Janet Smith, director of the Center for Structural Biology at the University of Michigan Life Sciences Institute, explained, “So you want to develop a test that’s only going to give you a positive if they had Zika. If you are pregnant, you need a very reliable answer. Because you’re going to have to make some decisions. And you need a good answer.”

Smith and her team have been able to track the tiny traces of Zika molecule, what they call “mapping the Zika virus’s protein structure”. The researchers are hopeful that they will be able to expose the Zika molecular trace to human white blood cells in a lab setting. If the white blood cells recognize the Zika protein, they will attack the molecule, implying a positive test for Zika.

Smith added, “So what we’re doing is taking some blood and saying: ‘Ok, with the cells that are in this person’s blood – if we give them a stimulus with Zika, are they gonna react?’ If they react immediately, it’s because they’ve already seen it. It’s the memory of the immune system.”

Smith notes that by unlocking the secret of how Zika virus affects human body we will have a better chance of creating a treatment for it one day.