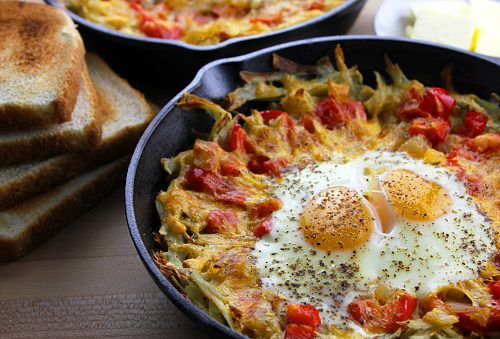 Are you avoiding eggs, cheese, and butter because your doctor said you have high cholesterol? Well, we have some good news for you, which may allow you to go back to eating your favorite foods once again.

For years, the message was clear: avoid foods like cheese and eggs as they can raise bad cholesterol. When the doctor read you your report and said you have cholesterol, you knew right away which foods had to be eliminated. Unfortunately, though, that message wasn’t the full truth and it seems the original study didn’t include all the details.

The new findings carefully analyzed the original study from the 1970s and found valuable information to challenge the notion that saturated fat is bad for you.

By the 1990s, there was evidence that saturated fat could be bad for the heart and raise cholesterol. The original study, which took place in the 1970s, had individuals eat corn oil, margarine, egg substitutes, processed cheese, and whipped cream substitutes as part of their regular diet. The findings of the study weren’t published until 1989 when the researchers said that going for vegetable-based oils could reduce cholesterol, improve heart health, and promote life expectancy. Although cholesterol did go down, it wasn’t clear whether heart health has actually improved.

Researchers at the National Institutes of Health and University of North Carolina went back to the original study – known as the Minnesota Coronary Survey – and found that the original report left out critical information, indicating that “incomplete publication has contributed to overestimation of the benefits of replacing saturated fat with vegetable oils rich in linoleic acid.” The new findings suggest that more deaths could result from heart disease in the low cholesterol group as a result of polyunsaturated fat.

So what are we supposed to believe? It seems for decades we were deceived with this lack of information. Truthfully, it is always a wise decision to eat foods in moderation and work along the advice of your doctor. We’re sure that if you consumed high amounts of eggs, cheese, butter, and other high cholesterol foods you may very well run into problems, but incorporating these items into a balanced diet and healthy lifestyle can be enjoyable.

If you’re concerned about your cholesterol and your diet, speak to your doctor as they can base their recommendations on your personal health profile.