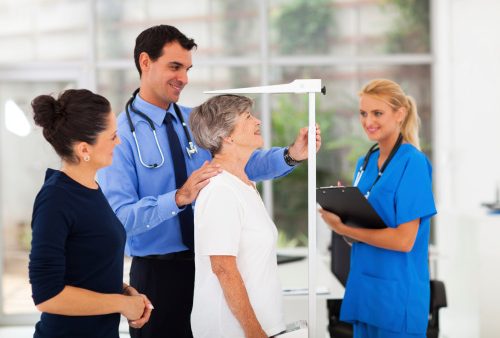 How tall are you? Would you consider yourself to be tall or average? Do you find it easier to reach items that may be too high for others, for example? If yes, then unfortunately, your health could be at a greater risk than someone who is shorter than you.

Latest research uncovered that taller people are at a higher risk of developing venous thromboembolism—a blood clot in the vein.

The study looked at Swedish siblings and found that a taller person was at a higher risk of blood clots compared to their shorter counterparts.

Lead researcher Bengt Zöller explained, “Height is not something we can do anything about. However, the height in the population has increased, and continues increasing, which could be contributing to the fact that the incidence of thrombosis has increased.”


Reports from the CDC have estimated that venous thromboembolism affects nearly 600,000 Americans yearly, which makes it the third leading cause of heart attacks and strokes. The most common risk factor for venous thromboembolism includes surgery, cancer, immobilization, or hospitalization. Pregnancy and the use of oral contraceptives may increase the risk of blood clots among women.

But what is the link between height and blood clot risk? Researchers suggest that gravity may play a role. “It could just be that because taller individuals have longer leg veins there is more surface area where problems can occur. There is also more gravitational pressure in leg veins of taller persons that can increase the risk of blood flow slowing or temporarily stopping,” Zöller added.

One drawback of the study is that the researchers didn’t have access to records of the participants growing up, so they are unaware of any other risk factors the participants could have had which could have contributed to a higher risk of developing venous thromboembolism.

“I think we should start to include height in risk assessment just as overweight, although formal studies are needed to determine exactly how height interacts with inherited blood disorders and other conditions,” Zöller concluded.

Related: The scary health problem your height puts you at risk for