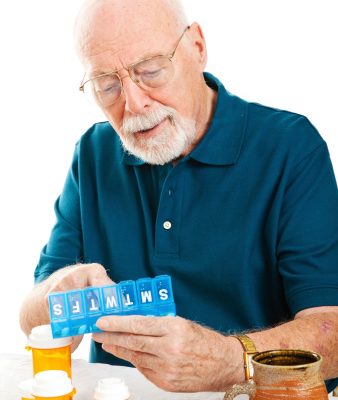 In the UK, statin drugs have been credited with a 50 percent decrease in deaths caused by heart attack. According to new research, however, while they may be guarding your heart from the effects of cholesterol or other heart disease, statins could very well be attacking another part of your body – your brain.

Click here to find out how you can improve your memory, think clearly, and concentrate better.

A research team led by Neil Marrion, Professor of Neuroscience at Bristol’s School of Physiology and Pharmacology, conducted research following anecdotal evidence of memory loss after taking prescribed statin drugs. Published in the journal PLos One, the study showed that one of the two tested drugs, pravastatin, impairs memory in rats. The second drug, atorvastatin, did not observably affect the rats’ cognitive functions.

The study itself was very simple. Groups of rats were treated with the two statins, pravastatin and atorvastatin, for 18 days. They were put through a series of simple tests before, during, and after the treatment. The first part of the test was a maze designed to test the rats’ learning capabilities. The second part involved an activity that tested the rats’ memories.


Avoiding the Side-Effects of Cholesterol Medication

Ironically, the issue with statins is their efficiency. By blocking a certain chemical that stimulates cholesterol production, statins significantly slow the process. As you can imagine, medications like these are nearly invaluable to people who are at high risk of heart attacks.

They are so valuable, in fact, that general practitioners are prescribing statins without discussing the side effects with their patients. This means that patients are unaware of any potential damage they may be exposing themselves to by using this type of medication.

This does not mean that people with a history of heart attack should be trying to avoid statins, which have proven to save lives. Instead, becoming aware of which medication you have been prescribed can help minimize any ill effects.

Asking your doctor about the side effects of a prescribed statin is a simple way to avoid taking statins which are known to effect cognitive function. As a rule of thumb, it is advisable to ask your doctor about the side effects of any prescribed medication. If you are worried that your current statins are affecting your thought or memory, it is advisable to consult your doctor, and discuss an alternative medication.