Home » Health News » Your Gluten Sensitivity May Have Been Misdiagnosed 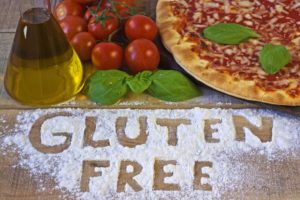 You may have noticed that in your local grocery store, there are many more food items that say “gluten-free.” With the spike in gluten-free items, you would think that Celica’s disease is a very common condition.

Celiac disease is a sensitivity to gluten, a protein found in wheat, barley, and rye. When a person with a gluten sensitivity consumes gluten, they can have unwanted symptoms such as cramping, bloating, gas, abdominal pain, constipation or diarrhea, and an overall feeling of unwellness. Overtime, this can cause damage to the intestines.

Actual rates of celiac disease worldwide are only between 0.5 and one percent, yet many of us have adapted to a gluten-free diet believing that gluten is the enemy and the reason for our digestive distress.

There are many different reasons why you may experience symptoms similar to gluten sensitivity. For example, a person may have a wheat allergy but not a gluten allergy. Because there has been such a rise in people believing that gluten is their problem, an umbrella term of gluten sensitivity is commonly used rather than suggesting someone has celiac disease.

But if you don’t have a gluten allergy, removing it from your diet could have health consequences. For example, avoiding gluten may cause you not to consume enough whole grains, which are an essential part of a healthy diet. Whole grains are linked with improved cardiovascular health, and without them, you could be putting your heart at risk.

Julie Stefanski, dietician, explained, “Fructose intolerance can cause gas, bloating and diarrhea.” Fructose is commonly seen in candy or juice.

There is a pretty long list of other foods aside from gluten-rich foods that can lead to gastrointestinal symptoms such as consuming high amounts of synthetic fiber found in protein bars or even sugar replacements like sorbitol. Fried and high-fat foods can lead to digestive symptoms as well, and overconsumption of alcohol can lead to diarrhea. Even wine, which does not contain gluten, can lead to stomach issues.

For some individuals, their gastrointestinal symptoms may be the result of bacterial overgrowth in the intestines. Dr. Benjamin Lebwohl explained, “When that happens, it can interfere with the digestion of certain foods. “It can be diagnosed via a breath test that measures bacterial products in the breath, and it can be treated with antibiotics.”

Diabetes is also noted to be a condition that can trigger gastrointestinal issues and is the most common cause of gastroparesis, where there is delayed gastric emptying. “When food just sits in the stomach and doesn’t leave, patients can feel bloated and nauseous and quite uncomfortable,” Lebwohl continued.

Other conditions that can contribute to digestive issues that may be confused with gluten sensitivity include irritable bowel syndrome (IBS), mood disorders, or even kidney failure. Without a proper evaluation, you won’t be able to determine what is causing your symptoms properly and you could be wrongfully avoiding gluten.

If you are regularly struggling with digestive issues and symptoms, then speak to your doctor to be properly diagnosed rather than wrongfully diagnosing yourself.