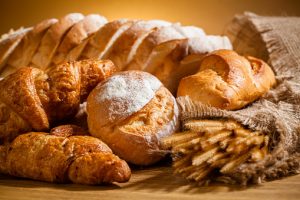 A new study has found that people can be sensitive to gluten even without having celiac disease. Gluten induces certain changes in their bodies different from the ones characteristic of celiac disease, although there may be some symptom overlap.

Senior researcher Armin Alaedini said, “We don’t know what is triggering this response, but this study is the first to show that there are clear biological changes in these individuals. Based on our findings, we hope there would be greater recognition of this condition. This is a real condition. There are individuals who may not have celiac disease or wheat allergy, but still have a sensitivity to wheat.”

The reason for the non-celiac wheat sensitivity, it turns out, is a weakened intestinal barrier, which triggers an immune response after gluten consumption.
“This intestinal barrier is so important in health. It keeps all those bacteria and food molecules in the gut away from the rest of the body, so it doesn’t trigger immune responses that can cause disease,” explained Alaedini.

Symptoms of a gluten sensitivity include bloating, abdominal pain, diarrhea, fatigue, headache, anxiety, and problems with memory and thinking.

These gluten-sensitive patients do not have celiac disease, which is an autoimmune disorder, nor do they have a wheat allergy, which would cause hives, itchy eyes, and difficulty breathing.

“Basically, this group has been left out and almost sort of relegated to figuring things out on their own. Some people have even been accused of imagining this condition,” added Alaedini.

It is estimated that 0.5 to six percent of people live with a non-celiac gluten sensitivity, but numbers may be greater as there aren’t any effective diagnostic tests to confirm the condition.

Doctors may be able to better diagnose non-celiac gluten sensitivity by examining which part of the intestine is damaged. And there are hopes that eventually a blood test will be developed based on biomarkers to improve diagnosing.

If you suspect you have a gluten sensitivity without celiac disease, you may wish to try an elimination diet removing gluten from your meals and then slowly incorporating it back to see if that was the culprit of your health troubles.